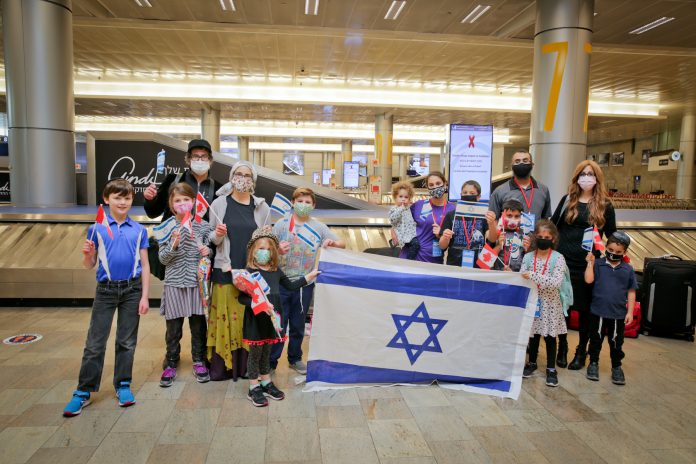 TEL AVIV, October 28, 2020  – Israel welcomed its 16,000th oleh of 2020, who made Aliyah with Nefesh B’Nefesh, as part of a group of ninety new Olim who arrived in Israel today, as the State of Israel celebrates its National Immigration Week, in cooperation with Israel’s Ministry of Aliyah and Integration, The Jewish Agency for Israel, Keren Kayemeth LeIsrael (KKL) and Jewish National Fund-USA.

The flights landed at Ben Gurion Airport with new immigrants hailing from 14 US states and 3 Canadian provinces, ranging from young students to retirees. These Olim begin their new lives in Israel, as the Jewish state celebrates Yom HaAliyah, which acknowledges Aliyah as a core value of the country and celebrates the contributions of immigrants to Israeli society. Yom HaAliyah began as a community movement in 2012, and in 2016 the Knesset legislated this grass roots initiative by officially adding it to the national calendar and certified educational agenda.

Among today’s excited Olim was the country’s 16,000th Oleh of 2020, 24-year-old Simcha Brodecki, from New York. Simcha is a musician who grew up in a musical home and has explored his many talents – playing, singing, recording and producing music. At a young age, he was part of a Jewish choir and has collaborated with Israeli singers as a director of a production company. His musical talent has led him on a path to fulfilling his musical dreams in Israel, where he is planning to reside in Jerusalem and continue creating Israeli music. 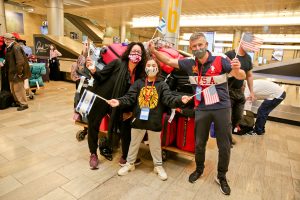 “This week we mark National Aliyah Week as we joyously witness Olim coming to Israel from around the world, including 100 new Olim from North America, who join the 16,000 Olim who have come to Israel from 85 different countries, since the beginning of 2020,” said MK Pnina Tamano Shata, Minister of Aliyah and Absorption.  “Every day we continue to facilitate Aliyah and the important national mission of accepting Jews from all over the world with open arms. Beyond just placing the issues of immigration and absorption on the agenda of our government, my task as Minister of Aliyah and Absorption is to provide a support system of assistance and tools for the integration of immigrants into Israeli society. 3 million people have made Aliyah since the establishment of the State of Israel and have contributed significantly to national, social and economic development. We salute them today, as we do every day, happy Aliyah week.”

“Yom HaAliyah is a significant and inspiring opportunity to appreciate how Olim have shaped Israel’s culture, economy and national character,” said Rabbi Yehoshua Fass, Co-Founder and Executive Director of Nefesh B’Nefesh. “In these challenging times, we continue to be amazed by the resilience of today’s Olim, and consider it an incredible privilege to be at the forefront of Aliyah assisting them to continue to build and develop the modern-day miracle of the State of Israel.”

“Aliyah to Israel is a blessed miracle and there is nothing more exciting than meeting new Olim when they step off the plane onto the Land of Israel.  No one can remain indifferent to the pure joy on the faces of each and every oleh,” said Chairman of the Jewish Agency for Israel, Isaac Herzog. “This is a wonderful moment that warms the hearts of all, especially as the State of Israel marks Aliyah Day. The Jewish Agency congratulates these new Olim and wishes them success in their new home.”

These new Olim are starting their new lives all across Israel from Katzrin to Beer Sheva, including Tel Aviv, Jerusalem, Herzliya, Raanana and Haifa. 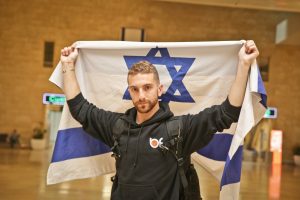 Founded in 2002, Nefesh B’Nefesh in cooperation with the Israeli government and The Jewish Agency for Israel, is dedicated to revitalizing Aliyah from North America and the UK by removing or minimizing the financial, professional, logistical and social obstacles of Aliyah. The support and comprehensive social services provided by Nefesh B’Nefesh to its 65,000 newcomers has ensured that over 90% of its Olim have remained in Israel.