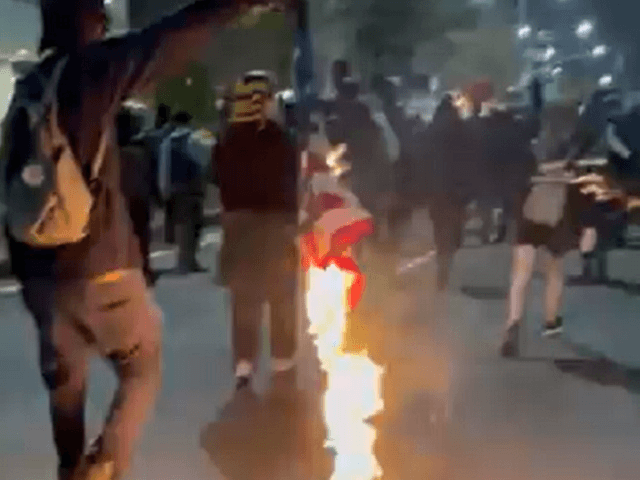 Police say 32 people were arrested during a protest in New York City over the police shooting of a Black man in Philadelphia,   AP reported.

Protesters in Brooklyn broke store windows, set fires and vandalized police cars during the chaos at about 10 p.m. Tuesday.

Videos posted on social media show officers surrounding a car and trying to stop it. The car kept going, slowly driving through a line of officers on bicycles.

Police attempted to detain the driver of the black sedan. The driver refused to get out of their car and drove through a line of police officers on bicycles. At least one officer sustained an injury to his arm and leg.

As cops attempted to stop a car during a protest in NYC, they broke the windows and the car drove through the line of bike cops. We are unaware if there were any injuries. pic.twitter.com/0DPKPclJOm

WABC in New York reported dozens of arrests of rioters on the streets of Brooklyn Tuesday night. At least nine NYPD vehicles were damaged in the melee.