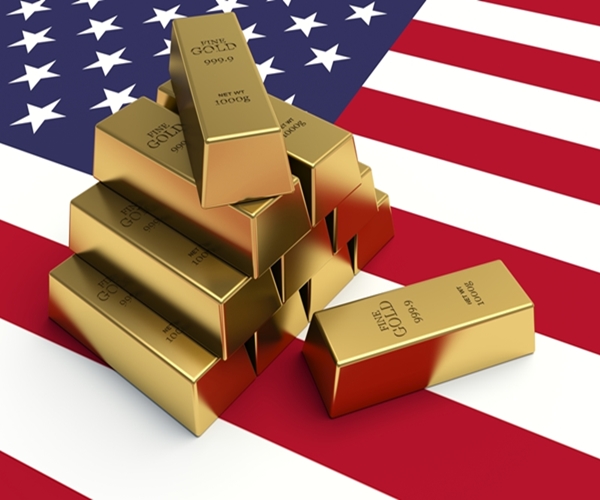 (NEWSMAX) UBS has warned clients that now is the best time to stock up on gold as a “far from certain” presidential election outcome looms for the nation.

President Donald Trump and former Vice President Joe Biden will face each other in their first presidential debate on Tuesday.

The firm said the “far-from-certain” U.S. election is a main reason gold could rally from its current levels. Gold is a safe haven asset that performs well during times of economic uncertainty, CNBC explained.

“Our UBS US Office of Public Policy sees the most likely outcome of a Blue Wave (50%) followed by Trump with a divided Congress, i.e., the status quo (35%),” the firm said.

“Concerns over renewed COVID-19 restrictions, US fiscal stimulus, and ongoing US China tensions have all weighed on risk sentiment, which traditionally favors safe havens such as gold,” Haefele said.

Meanwhile, Citigroup Inc. last week predicted that gold could hit a record before the year-end, aided in part by the risks surrounding the U.S. presidential election, Bloomberg reported.

Uncertainty over the contest and delays about the outcome may “be under-appreciated by precious metals markets,” analysts including Aakash Doshi said in a quarterly commodities outlook. The bank’s forecast implies a surge of more than $200 for bullion futures from current levels.

The election “could be an extraordinary catalyst for gold flat price and volatility skew late in the fourth quarter, even though historically there is no clear pattern for gold trading or price volatility into and after U.S. elections,” Citi said,. “That is one reason why we expect gold prices to hit fresh records before year-end.”

In addition to the election, Citi is very positive on gold amid low interest rates, saying it’s in the middle of a bull cycle.