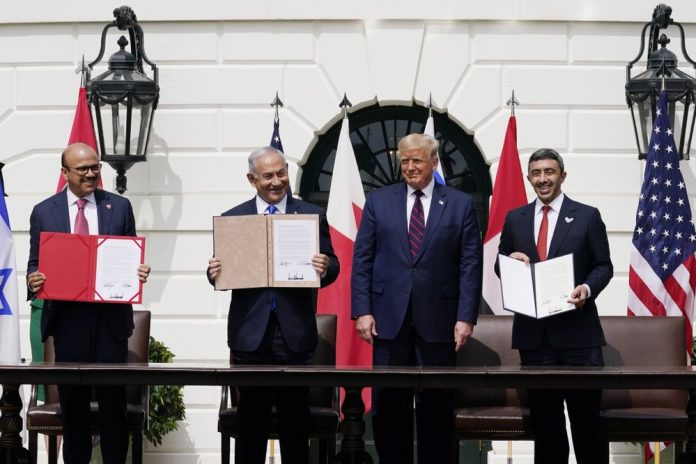 (AP) The United Arab Emirates submitted a formal request to buy F-35 fighter jets from the United States after its normalization of relations with Israel, Bloomberg Politics reported Friday.

The size and scope of a potential sale, however, are unclear. The U.S. government does not usually provide official comment on uncompleted arms deals.

While a UAE deal could deter Iranian operations, its effect on Israel has raised concerns. U.S. law mandates that the United States give Israel a “qualitative military edge” on other allied states in all arms agreements.

“The potential F-35 sale raises questions about whether the administration might provide the UAE with a ‘watered-down’ version of the jet in order to preserve Israel’s ‘Qualitative Military Edge,'” said Congressional Research Service analyst Ken Katzman. “The UAE will bargain intensively to buy the plane with all the advanced features that U.S. law permits to be sold to a foreign country.”

Officials who would oversee the deal, such as Sen. Jim Risch (R., Idaho), say Israel will maintain its military edge over the UAE, however. Undersecretary of State for Political Affairs David Hale also told Congress that Washington would proceed with caution.

“We consult with the Israelis” before proceeding with “any sale,” he said. “Once we determine a particular course of action, I know that the Congress will also evaluate whether or not any proposed sale meets [the] standard of preserving [Israel’s Qualitative Military Edge].”

The request comes only a week after the UAE and Israel signed the Abraham Accords, normalizing relations between the two countries and dealing a blow to Iran.