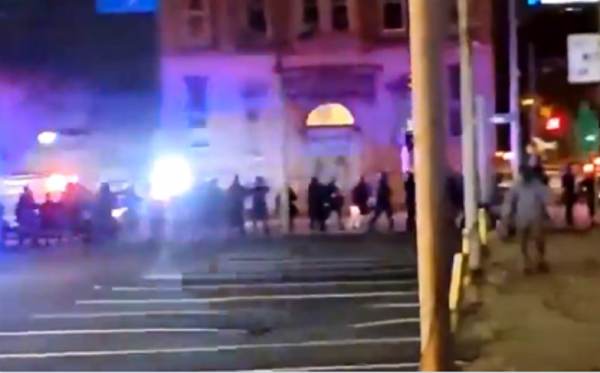 Two Louisville Metro Police Department officers have been shot in downtown Louisville amid growing unrest surrounding the handling of the officer-involved shooting case of Breonna Taylor earlier this year, according to multiple reports, Epoch Times reported

Reports from Louisville media indicate, the injuries to the 2 officers were non life threatening

Louisville: Here is the moment the gun shots rang out

After police fired 2 intimidating non lethal munitions in the sky

You can hear 9 gun shots fired following the 2 munitions pic.twitter.com/z1QbsBEYCx

“They shot real guns at the police” pic.twitter.com/B4bhoF2y65

Huge police presence here at 1st and Broadway in downtown #LouisvilleKy where we have confirmed reports of an @LMPD officer shot @WHAS11 pic.twitter.com/0yAyZHuVMp