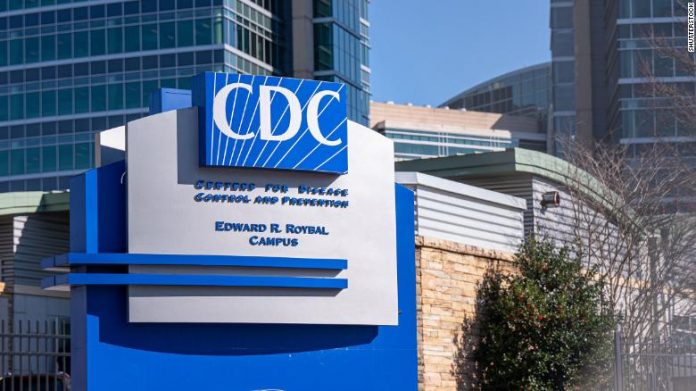 The assistant secretary of public affairs at the Department of Health and Human Services claims that government scientists are seditious and that the country should prepare for an armed revolt after the election.

The New York Times reports that Michael Caputo has alleged that the Centers for Disease Control and Prevention is harboring a “resistance unit” that has a goal of undermining President Donald Trump. He claimed scientists “deep in the bowels of the CDC have given up science and become political animals.” He has no evidence that the alleged resistance unit exists or that an armed revolt will take place after the election.

Caputo has also stated that he and his family are in danger. During a live video he posted on his personal Facebook page, he told his 5,000 Facebook friends that “they’re going to have to kill me, and unfortunately, I think that’s where this is going.”

On Monday, he said that since he joined the administration, his family has been “continually threatened” by people who have later been prosecuted, the newspaper reports.

“This weighs heavily on us, and we deeply appreciate the friendship and support of President Trump as we address these matters and keep our children safe,” he said.

Caputo was installed to his position in April. According to the newspaper, he is a Trump loyalist who has faced backlash for his efforts to alter CDC weekly bulletins in order to align with Trump’s pandemic narrative.

Caputo issued his warning after several weekend reports highlighted his team’s interference in the CDC’s official reports on the pandemic. He attacked scientists, the media, and Democrats in his video.

On Sunday, he posted on Facebook that he was under siege by the media. He pointed out that his physical health was in question and his “mental health has definitely failed.”

“I don’t like being alone in Washington,” he said, detailing “shadows on the ceiling in my apartment, there alone, shadows are so long.”

He then highlighted several conspiracy theories, which ended with him predicting that Trump will win, but former Vice President Joe Biden will refuse to concede.

“And when Donald Trump refuses to stand down at the inauguration, the shooting will begin,” he said. “The drills that you’ve seen are nothing.” He added: “If you carry guns, buy ammunition, ladies and gentlemen, because it’s going to be hard to get.”

Caputo’s role at the agency is to coordinate messaging for the Food and Drug Administration, the CDC, and the National Institutes of Health, which is overseeing the government’s pandemic response.

“Mr. Caputo is a critical, integral part of the president’s coronavirus response, leading on public messaging as Americans need public health information to defeat the COVID-19 pandemic,” the department said in a statement.

In his Facebook video, Caputo said Trump personally put him in charge of a $250 million public service advertising campaign intended to help America get back to normal.

He said he doesn’t plan on “going anywhere” even though he faces backlash.

He claimed that CDC scientists go to meetings at “coffee shops” to discuss “how they’re going to attack Donald Trump next.”

“There are scientists who work for this government who do not want America to get well, not until after Joe Biden is president,” Caputo claimed.

While he accused CDC scientists of engaging in “rotten science,” he praised CDC Director Robert Redfield, calling him a “good man” and one of his “closest friends in Washington.”

He then suggested, without proof, that the August killing of a Trump supporter in Portland, Oregon, was part of a plot to target the administration’s supporters.

“Remember the Trump supporter who was shot and killed?” he said. “That was a drill.”

He claimed there are “squads being trained all over this country,” which is another conspiracy theory being floated around.

According to the newspaper, Caputo hosts weekly Facebook live videos on Sundays.