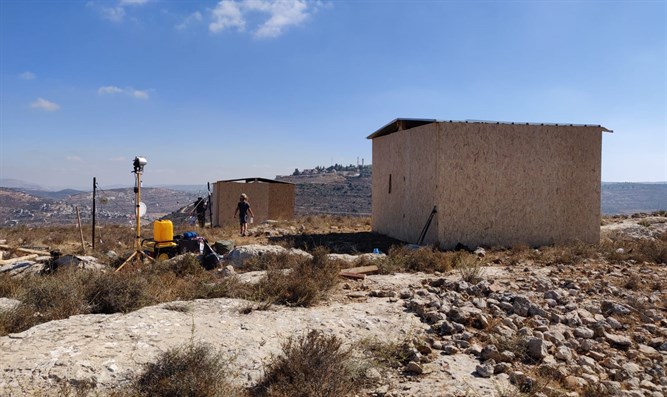 (Israel National News) IDF forces that arrived at the Ma’ale Shai outpost in Binyamin after an attack on Jewish farmers this morning by Arab rioters refused to stop the attackers on the spot and issued an order declaring the outpost a “closed military area.”

The soldiers threatened to arrest the Jewish farmers if they did not leave the area.

One of the farmers who complained that the attacker who snatched his cell phone from him was even arrested by the soldiers and released on the spot shortly after.

Some of the Arab rioters are still on the scene in front of the soldiers and farmers.

The farmer whose phone was stolen had been using the device to film the violent attack.

The attack comes under the auspices of development work by the Arabs at the site, which has been going on for more than a week, with the aim of leveling the outpost.

Inspectors from the Civil Administration and the army forces stopped Arabs earthworks at the site yesterday, after repeated complaints for about a week about illegal works being carried out by Arabs on the ground. After a short while, however, the tools were released, and the large excavator continued to operate in the field.

Ma’ale Shai is a new outpost near the villages of Sinjil and Abu ‘Abwein in Binyamin, named after Shai Ohayon, who was killed in a stabbing attack in Petah Tikva about a month ago. A number of families and youths have immigrated to the area several times, in order to prevent the growing Arab takeover of Judea and Samaria.

The settlers of Ma’ale Shai were evacuated several times a few hours after entering the area, including a quick evacuation in the middle of Shabbat.

The families released a statement saying: “The Palestinian Authority continues to build continuously in Areas C, B and A, without any differentiation, in a systematic and organized manner, while the IDF continues to allow construction for Arabs and prevent Jews from settling. Those who want to maintain our grip on the Land of Israel must understand that the Oslo Accords aew long since dead, and those who do not allow Jews to settle anywhere will receive an Arab spread that will endanger the lives of Jews.”