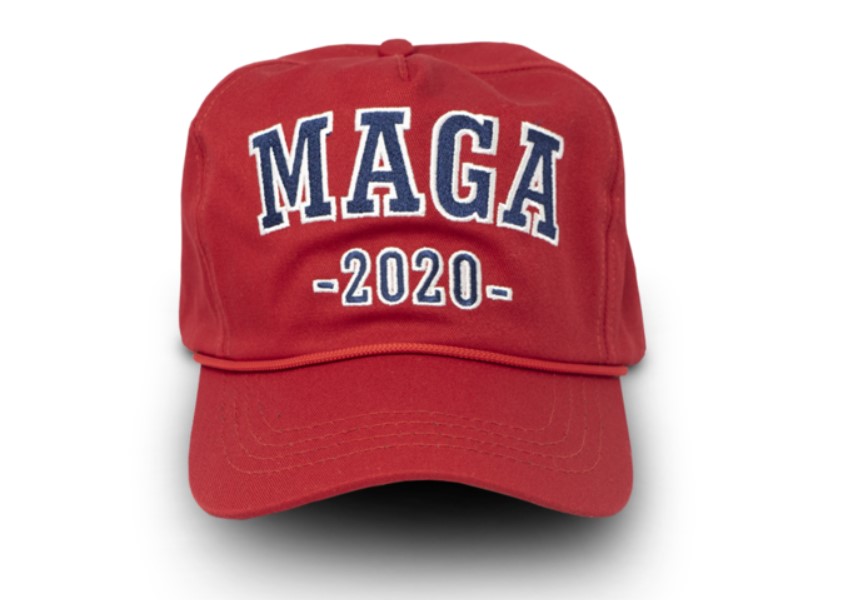 Back before the last Presidential election on November 7, 2016, the Jewish voice came out as the first Jewish paper in support of then candidate, Donald J. Trump. We do so again proudly, for his upcoming re-election on November 3rd. At that time, four years ago, we had hopes and expectations of what his presidency would attempt and accomplish. We’d like to quote from our prophetic editorial at that time:

“Israel is a major issue, not only for us but for the survival of the entire Middle East. He has promised that one of his first acts in the WH would be the proclamation that he accepts Jerusalem as the permanent, undivided, irrevocable capital of Israel.” He’s kept his promise. 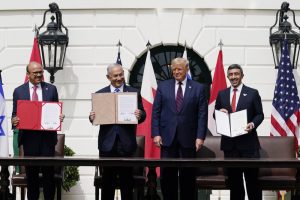 “The Palestinians will no longer have our President run offense for them. It’s now or never for them. Mr. Trump has also blasted the BDS movement. He will penalize any American corporation that enters into a boycott of Israel’s products or services.” He’s kept his promise.

“Trump will stop the wave of unvetted Muslims from flocking into this country. A wall to block the illegal aliens from entering our southern borders will also be built.” He’s kept his promise.

“Iran, Russia, North Korea, Cuba and the surge of Islamists are a danger and a threat to our very survival. It will be up to Trump to counter these enemies of ours and the problems they present.” He’s kept his promise.

“Donald Trump will bring his business, financial acumen and his no-nonsense attitude into the White House. But that will not be an easy job. he has many obstacles in his path.” We were oh-so right on the mark with those words. In fact, we could not then, have predicted the hate, venom and the lies tossed against the wall to stick, to tear down his presidency that emanated from his Leftist, Socialist, Revolutionary opponents.

But before we pat ourselves on the back for our predictions, we must face the fact that not all Jews who reaped the benefits of Trump’s actions and attitudes, agree that he should remain in the WH. For some strange, mind boggling, unaccountable lunacy, many of our own faith’s brothers and sisters despise him and ignore his accomplishments and gifts to us. Our own (sadly) Jewish elected Democrat big-wigs, such as Chuck Schumer, Jerrold Nadler, Dianne Feinstein, Elliot Engel, Bernie Sanders, Ted Deutch, Debbie Schultz, and on and on, have openly called for his impeachment, or worse. They are in Yiddish terms, “Nisht Vissendict,” or “willfully not knowing” of his support for Jews and his determination to remove from our land, “Jew hating,” the threat to us all, even to those who’ve converted to the Democrat faith.

Just reviewing both Biden’s and Trump’s New Year messages to Jews indicates their contrasting perspectives toward our people. The Forward’s headlines of the very short Biden greeting said it all: “The Biden’s Tell Jewish Supporters the New Year Will Be Happier With Trump out.” Biden’s cold, mechanical, political greeting contained a bit of hypocrisy: “Together we can stamp out bigotry and anti-Semitism.” It’s rather odd then, that his supporters include such overt, outspoken Jew/Israel haters such as Democrat Congresspeople Ilhan Omar, Rashida Tlaib and Hank Johnson who can call us traitors to our country, financial manipulators of our foreign policies with our “Benjamins” and refer to us as “termites,” without any negative reaction from Biden.

He has never repudiated their close affiliations with the likes of Louis Farrakhan nor did he ever disavow Barack Obama’s mentor, Rev. Jeremiah Wright. Nor did Biden attend the ceremony in Jerusalem during which our Embassy was relocated to that city. Biden’s use for Jews ends with our votes and contributions for his cause. Little else.

President Trump’s Rosh Hashana greeting to us was personal and meaningful. “As this 10-day period of celebration, devout prayer, reflection and repentance commences, we are reminded of how important faith, family and fellowship are to each of us. Particularly during these challenging times, the sense of peace and reassurance that comes with these observances has never been more important in helping us see His wisdom and understanding as we continue to grow in our faith.” “This year’s High Holy Days come with a sense of optimism for the People of Israel.”

After noting the peace agreements between Bahrain, the United Arab Emirates and Israel, he commented: “Melania and I pray that He blesses all Jewish people throughout these High Holy Days. We hope that these 10 days provide those observing this special time a respite to build their faith and better experience the may blessings of the Almighty’s love and mercy.”

Biden the candidate of the Violent, Extremist Left in one corner and President Trump, the candidate whose accomplishments over the past four years in office speak for themselves, in the other. Trump’s love, respect and alignment with America’s Jewish people and for Israel are open, clear and graphic. These past four years have seen Israel’s safety and economy grow exponentially and its relationships with its former Muslim enemies blossom into warm, friendly ones, mutually beneficial to all parties. For these miracles we must thank G-d and his messenger President Trump whose herculean efforts on earth made them real. For all of the above, we endorse and ask you to select President Trump as President for another four miraculous years in the White House. Thanks!!