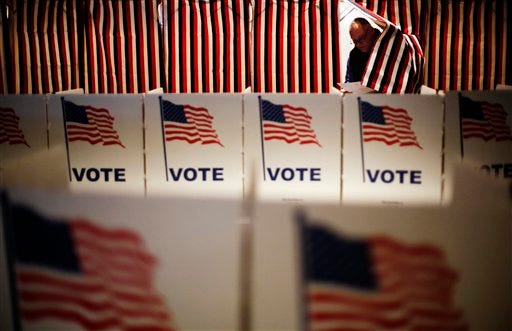 More than one-sixth of the mail-in ballots sent to voters in Nevada’s largest county during the 2020 primary went to outdated addresses, according to a new watchdog report.

The Public Interest Legal Foundation, an election integrity group, reviewed the 1.3 million mail-in ballots Nevada’s Clark County sent during the June primary. It found that more than 223,000 of the ballots were sent to outdated addresses, leading the postal service to designate them as “undeliverable.” The undeliverable ballots accounted for 17 percent of all ballots mailed to registered voters. Nearly 75 percent of Nevada’s total population resides in the county, which includes Las Vegas.

“These numbers show how vote by mail fails,” said J. Christian Adams, PILF’s president and general counsel. “New proponents of mail balloting don’t often understand how it actually works. States like Oregon and Washington spent many years building their mail voting systems and are notably aggressive with voter list maintenance efforts. Pride in their own systems does not somehow transfer across state lines. Nevada, New York, and others are not and will not be ready for November.”

“The addresses that we used were provided by the voters when they registered,” Dan Kulin, a spokesman for Clark County, told the Washington Free Beacon. “If they no longer reside at the address they provided to us, then we would expect that mail to be returned to us, which is what happened.”

The new figures come as Nevada takes center stage in a debate over mail-in voting. President Donald Trump’s campaign sued the state over its plans to mail ballots to every registered voter for the November election. As Democrats across the country push for mail-in voting amid the coronavirus pandemic, critics have said the practice can lead to a number of problems such as lost ballots. Recent reports also showed that 84,000 mail-in Democratic primary ballots cast in New York City were disqualified.

PILF communications director Logan Churchwell said the Clark County elections department asked the county commission not to send ballots to every registrant on file, cautioning that it would be “a costly exercise of sending mail to addresses that were sure to bounce any parcel.” The county sent out the ballots despite the election department’s warning.

“Nevada’s voter rolls aren’t maintained to the standard required for an all-mail experience like Oregon or Washington,” Churchwell said. “The Nevada governor is foolish to think he can replicate his regional neighbors’ years of development and practices with mail voting in a matter of months with a weekend emergency bill.”

The debate over mail-in ballots has led to a massive influx of cash. Political donors, many of them anonymous, poured more than $100 million into efforts supporting and opposing the practice. A network of liberal groups, including billionaire George Soros’s Open Society Foundations, contributed at least $59 million in support of mail-in voting.

“The pandemic has created a state of emergency,” Laleh Ispahani, managing director for the Open Society Foundations, told the Associated Press. “Donors who haven’t typically taken on these issues now have an interest.”

The mail-in voting push has also led to groups like PILF working to clear voter rolls in cities and states around the country of any dead, duplicate, or inactive registrants. It has brought litigation forward in eight states, including the battleground states of Florida, Michigan, North Carolina, and Pennsylvania. The group most recently was successful in getting election officials in Pittsburgh and Detroit to remove thousands of deceased and duplicate registrations from their voter rolls.