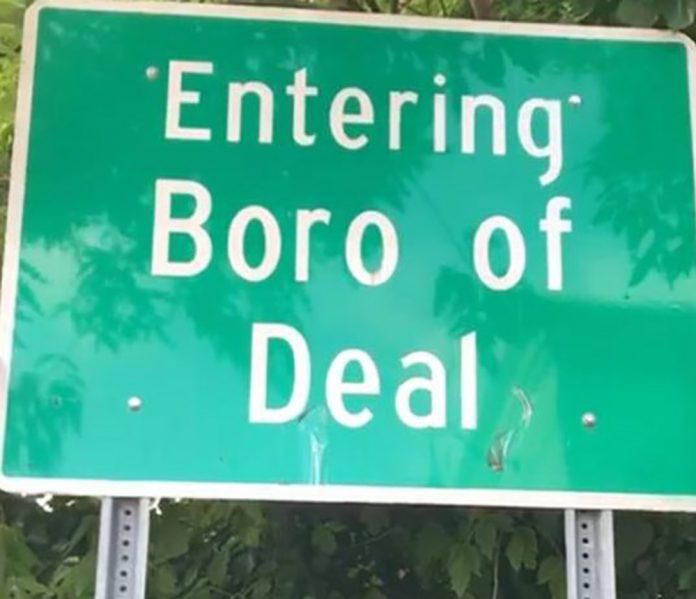 As many visitors to the Jersey Shore are already cognizant of, the idyllic seaside towns that dot the landscape provide a well needed respite from the rigors of city life. This year in particular, when we are all dealing with the stresses connected to the coronavirus and the economic downturn, time spent with family and friends at the Jersey Shore is even more precious to us.

In the bucolic and upscale community of Deal which is inhabited during the summer with families from communities in Brooklyn and Manhattan, it has come to the attention of the Jewish Voice that there is a very serious safety issue that places all of our lives in danger.

As the Jewish Voice previously reported on July 8th of this year, a stream of water runs through the center of Deal. What makes this stream quite problematic is that there are several issues that demand our immediate attention. The stream represents a health hazard in that the area surrounding the stream is filled with debris, dust, dirt and is infested with mosquitos. Because of the growing filth and unsightly trash that totally covers the sidewalk next to the stream, children are forced to ride their bicycles in the streets. You can see from the attached video that directly near the sign that welcomes people into Deal, there is an over pass that is completely neglected by sanitation workers.

One must give serious consideration to the fact that the property taxes in this region of New Jersey are on the steep side. Deal is known not only for its resplendent beauty but it is a town replete with affluent homes, well manicured lawns and a sterling reputation for spotless cleanliness. The year round and summer residents would have it no other way as they take a great deal of pride in the place they call a home away from home.

Secondly, the stream presents a safety hazard for the children in our community. Many children play freely in Deal, without the restrictions that they have in Brooklyn and Manhattan. There is no physical barrier that prevents children from wondering into the stream. If, G-d forbid, a child should manage to make his or her way to the stream unattended by an adult and happens to fall or to get stuck, then the child’s life could be in mortal danger.

Residents of the Deal community have contacted the mayor of the town, Mr. Sammy Cohen. Mr. Cohen has told us that it is not in his bailiwick to resolve this issue and that such matters are to be brought to the attention of the manager of the Deal borough hall, Mr. Stephen Carasia. When contacted repeatedly concerning this problem and what can be done to rectify it, Mr. Carasia informed us that the stream and the surrounding area are part of Highway 71 and therefore are not in the jurisdiction of Deal. He told us that the area of the stream is considered part of Ocean County and he referred us to Mr. Chris Siciliano, the mayor of Ocean Township. Once again, we hit a brick wall and again, local officials were “passing the buck.” Mr. Siciliano told us that the area where the stream is located in is fact in the town of Deal and not in Ocean County, therefore he has no authority or obligation to attempt to resolve this dilemma.

We ask that all residents of Deal call for a community town hall meeting with local elected officials presents so that we can air our well founded and legitimate grievances.

Let us always be mindful of the fact that Deal is our home and we take community safety issues very seriously. We are upstanding taxpayers who deserve the most basic of services to keep our beloved homes and community safe and in the best shape possible.

It wouldn’t have happened without Trump