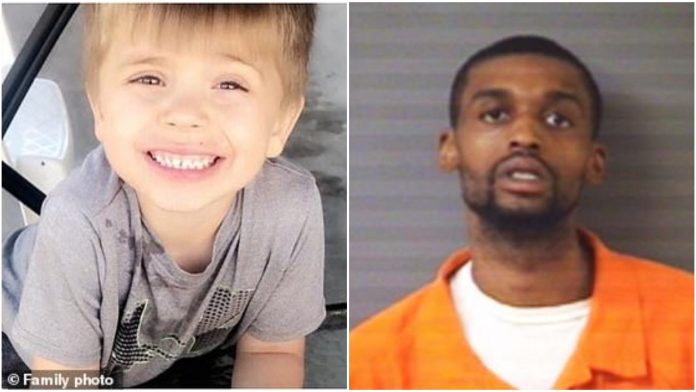 North Carolina police have charged a neighbor with the murder of a five-year-old boy who was riding a bike in his own yard when he was shot at point blank range on Sunday evening, WRAL reported.

Darius Sessoms, 25, was taken into custody by Wilson police around 24 hours after he allegedly approached Cannon Hinnant in front of the young boy’s father’s house at 5:30pm and shot him in the head.

Hinnant’s seven-year-old and eight-year-old sisters witnessed the killing, in one of the most horrible crimes in recent memory.

Neighbors claim he had dinner with Hinnant’s father Austin on Friday and had been over at the house earlier on Sunday.

The young boy was set to start Kindergarten on Monday and had just learned to write his name.

The family has known the suspect for years, and the motive has not been released to the public.

Strangely  this story has not been reported outside of North Carolina media. The victim was a white child, while the suspect a black man. No national outlets have touched on this story, not even a 30 second segment or a 2 paragraph story.

Here is the local report