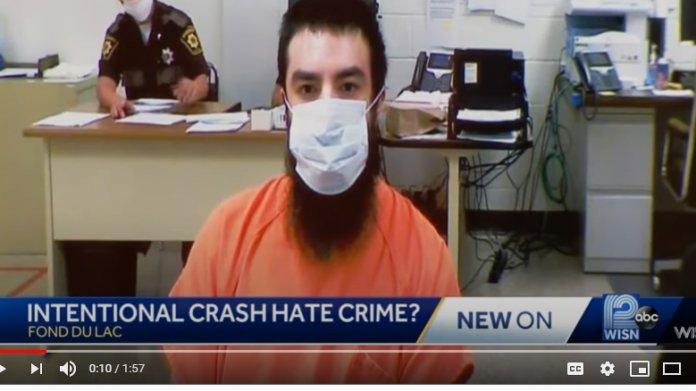 The media has been all about racism lately, alleged racism of police forces nationwide, alleged racism in all of our institutions, in business, in schools, in real estate, racism  essentially everywhere.

If you listen to the corporate media, you would think America is segregated still and Martin Luther King is marching in Alabama.

Turn on any news  network  you will hear the latest social justice theory, and they all report the same exact news, all of it is packaged, all of it agenda driven.

Recently every media outlet from ABC to PBS and all in between all carbon copied each other , reporting an outlandish feature about National parks. The reports all repeated the same absurdist question How can National parks be anti-racist? The thesis: more white people go camping than black people, therefore racism is somehow involved. It can’t possibly be cultural differences? Nope. It can’t possibly be a difference in interests and hobbies among the races.  The main message: mean racist white people go camping and black people are afraid to go to the National parks.

Google this, this is absolutely real. I’m not making this up. This is the kind of material being pumped out into the collective public’s psyche.

Not all racism is created equal when it comes to national media.

For example, a man was murdered in Wisconsin several days ago;  the motivation, racial stereotypes and deep seeded racism. The Jewish Voice just discovered this story, a week later. This man was a clear victim of hate crime. One would think if the national media can report on the racism of going camping, a man murdered over his race would be top trending news.  This is not the case. The victim was  white.

A former police officer was killed in a racially motivated  attack white by a Hispanic driver as he drove his motorcycle down a highway.

Police say Phillip Thiessen was murdered by Daniel Navarro in an anti-white hate crime attack when Navarro swerved his truck into the Thiessen’s motorcycle because he considered motorcyclists to be “white racists.”

“Navarro told detectives that he believed the person driving the motorcycle was white because in Wisconsin, white people drive Harley-Davidson motorcycles, and the Harley culture was made up of white racists. He admitted he could not specifically see who was driving this motorcycle”, WISN News 12 Wisconsin reported.

Navarro deliberately drove his father’s truck into oncoming traffic into Thiessen’s path, killing him, before driving into a pole, according to police.

Here is the local news report on a hate rime that received only local coverage. The fake NASCAR noose incident on the other hand, received 3 days straight of coverage, until it was discovered to be a hoax.

Unfortunatly, Phillip Thiessen’s name will not be chanted at your local anti-racism rally. This kind of racism does not exist in the reality bestowed upon us by national media. 99% of the country has no  idea who Phillip Thiessen was beyond the county of Fond du Lac, Wisconsin.  The influencers of society , want to keep it that way.