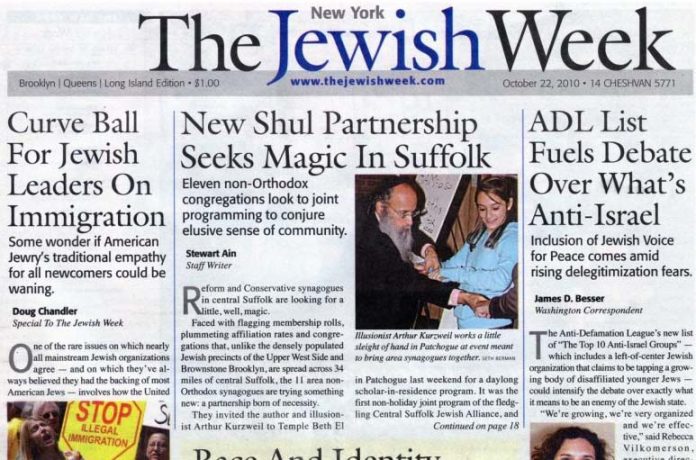 The United Jewish Appeal/Federation of New York, which has been long been recognized the world over as the premiere umbrella organization of Jewish charities has now reported that due to the economic downturn caused by the coronavirus, donations to the organizations have drastically plummeted. As a result, the organization has announced that they have made “the wrenching decision to lay off 54 employees – representing approximately 12% of our workforce” and have currently eliminated vacant positions in order to scale down their financial obligations.

In addition, UJA Chairman Eric Goldstein said in a statement to the media that “we are facing a collective crisis unlike anything most of us have known in our lifetimes” and as such the UJA will be immediately “implementing salary cuts. All members of the Senior Executive Team will be taking 10% pay cuts for the coming fiscal year. All members of the Senior Management Group will be taking 5% pay cuts. We are also implementing up to 3% pay cuts for other higher-paid staff. Finally, I have decided to take no salary in fiscal year, 2021.”

He added that, “The steps we are taking are designed to address the challenges to our business model, while positioning UJA to maintain and expand our ability to meet the dramatically growing needs of our community ahead.”

Moreover, the UJA has also taken the decision to discontinue funding to the newspaper they have underwritten for decades. As the national organ of UJA, the Jewish Week and its staff have been well funded beneficiaries of the UJA. Each year, the UJA would dole out up to $500,000 to help keep the struggling print edition stay afloat financially.

According to a July 7th press release, the staff at the Jewish Week has announced a “significant development” in the direction in which the UJA’s mouthpiece is taking. The paper stated:  “Starting in August, the weekly print edition of The Jewish Week will go on hiatus, while we concentrate on bringing you an all-digital model that will satisfy our longtime audience, find a new generation of readers and enable us to more precisely target our journalism and advertising to the wide geographic expanse of the New York Jewish community.” 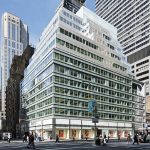 As to the UJA’s purported commitment to fund those in need, whether it be in Jewish communities or the general population, it is clear that those who are going hungry because of the deleterious effects of the virus or those who are in dire need of medical care and other indispensable services will no longer have the UJA to count on.

In reality, however, the narrative that the UJA is peddling couldn’t be further from the truth. The UJA’s well enshrined mantra has been repeated throughout the decades since their inception and that represents an unwavering dedication to assist and enhance the vibrant growth of Jewish communities throughout America and the world.

In fact and substance, the UJA has not lived up to its mission statement. Case in point: Those who were employed at the Jewish Week were paid highly inflated salaries and given a panoply of perks such as an array of benefits including lucrative severance packages and top of the line health care coverage among other attractive add-ons. The Jewish Week never experienced financial hardship until recently because of the largesse of the UJA. Reports indicate that spending at the Jewish Week was beyond exorbitant and the squandering of money was a daily occurrence. What was glaringly absent was that there was absolutely no substantial accountability of where funds were being directed and to whom.

For anyone who is familiar with the internal machinations of the UJA, it is common knowledge that funding to the Jewish Week and other charities emanates from the individual donors that see fit to give them money; ostensibly for charitable purposes. So, while the folks who worked at the Jewish Week enjoyed a larger than life existence thanks to the generosity of UJA donators, other suffered tremendously. That tragic scenario could have been avoided had a sound accountability apparatus been functioning as it should have been

Rather than distributing money to assist the authentic backbone of Jewish communities around the country which comprises the general Jewish media and includes Jewish newspapers, radio stations, television networks, websites and e-zines, the UJA sought to aggressively disseminate its own political agenda; predicated on a doctrine of American liberalism on such issues of a  social, cultural and religious nature.

Despite the fact that the Jewish Week did not represent views that resonate with diverse elements of the Jewish communities that it served, the UJA was adamant in its refusal to provide funding to those media outlets that were and are representative of the heart and soul of Jewish America.

Having been incessantly importuned by representatives of the general Jewish media to share their bounty and help them thrive into organs that could actually effect real change and more positive outcomes for Jews in America, the UJA demurred and stubbornly refused to even entertain the possibility of helping other Jewish newspapers, radio stations, television networks, websites and e-zines, who were struggling to keep their collective head above water.

For the sake of public disclosure, the UJA is sitting on a $1 billion endowment. According to sources close to the UJA, some have insisted that this endowment is legally prohibited from allocating monies to groups, organizations and charities whose mission it is to help people with social services. So, that would mean that endowment money cannot be allocated to the thousands of Jewish Community Centers across the country that the UJA funds or other establishments of this genre. Others have said that the endowment is not restricted on distributing monies that it generates through investments, but the prinicipal can and should be spent on those in dire need.

The UJA was contacted by the Jewish Voice for comment on the endowment and other issues and calls were not returned.

If one considers the fact that a vast amount of UJA funds are diverted to non-Jewish causes and even those causes that are inimical to Jewish interests, one would have a very difficult time coming to terms with the fact that the UJA refused to allocate funds to the general Jewish media across the country.

Let no one be fooled. The UJA has money and lots and lots of it. More than any of us can possibly imagine. The time is long overdue that the UJA cease and desist in paying handsomely for ads in the New York Times and other biased publications to the tune of millions of dollars of donor money. One would think that the UJA is quite cognizant of the fact that the New York Times, of all publications, is exceptionally hostile to Israel. Why then, would they choose that venue in which to spread their message?

Perhaps the UJA should be reminded by their donors that they are a tax exempt charity and as such should not be immersed in politics, nor should they be in the digital news business.

The time is long overdue for the UJA to take the bold initiative and convene a virtual roundtable discussion with the general Jewish media for the purposes of moving forward in a new world that demands that all Jewish voices be heard.