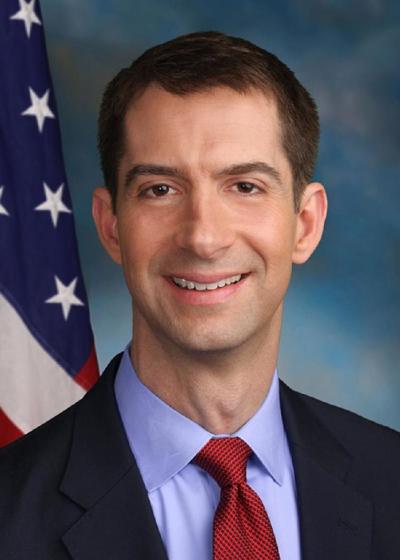 (AP) On Wednesday, Sen. Tom Cotton, R-Ark., took offense after The New York Times published an op-ed essay written by a Chinese scientist who slammed the U.S. government’s response to the coronavirus outbreak, according to a Fox News report.

Just last month top leadership at The New York Times reportedly took turns apologizing to its staff who were offended by the publishing of Sen. Tom Cotton’s op-ed calling for troops to be sent to quell riots amid the George Floyd protests, as was reported by Fox News. Floyd was killed while in police custody in Minneapolis on May 25th.

Times editorial page editor James Bennet offered an apology after he previously defended the paper’s decision to run the “Send in the Troops” piece.

“The New York Times: Explicit Chinese propaganda: no problem,” Cotton wrote on Twitter on Wednesday. “Op-ed from a Republican Senator supported by most Americans: Fire the editor!”

On Thursday, Fox News reported that Cotton introduced a bill that proposed denying federal funds to schools that incorporate The New York Times’ controversial “1619 Project” into its teaching curriculum.

Fox News reported that multiple school districts, including in Chicago, and Washington, D.C., have already updated their history curricula to incorporate material from the “1619 Project,” which argues that America’s defining year was 1619, the year of the first slave ship’s arrival in the New World, and not 1776.

Chinese molecular neurobiologist Yi Rao complained in his op-ed that appeared on Wednesday that while his relatives in Wuhan, China – the original epicenter of the pandemic – survived the outbreak, his uncle in New York City – the U.S. epicenter — did not, as was reported by Fox News,

“The United States had two months or more to learn from China’s experience with this coronavirus,” Rao writes, “and it could have done much more to lower infection rates and fatalities.

“My father is struggling to accept his brother’s death partly, too, because he believes that he could have treated Uncle Eric – that in China Uncle Eric would have been saved.”

During an appearance on “Fox & Friends,” on Tuesday morning, Cotton had doubled down on the points he had made in the Times weeks earlier regarding use of military personnel to quell rioting – in the wake of more unrest in U.S. cities, including Portland, Ore.