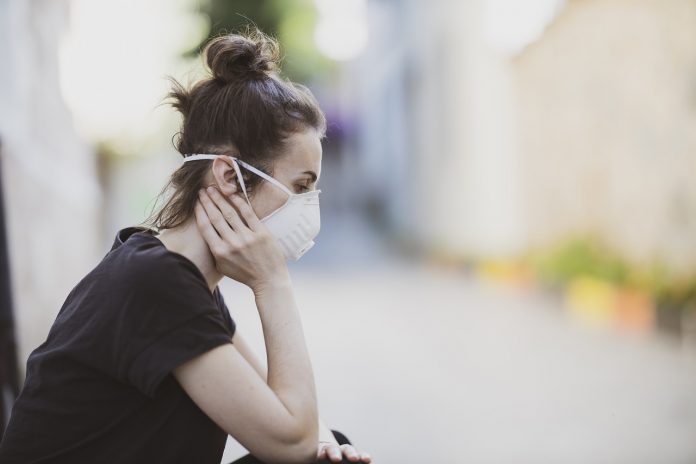 The recession of 2008 and 2009 was bad, but it was nothing like this.  Even though this new economic downturn is only a few months old, we are already seeing numbers that we haven’t seen since the worst parts of the Great Depression of the 1930s.  More than 48 million Americans have filed new claims for unemployment benefits over the past 15 weeks, well over 100,000 businesses have permanently closed their doors, and civil unrest has turned quite a few of our major cities into war zones.  But not all areas of the country are being affected equally.  For example, there are rural areas that haven’t really seen a lot of COVID-19 cases where life seems to have changed very little from six months ago.  On the other hand, some urban areas that have been hit really hard by COVID-19 have been absolutely devastated economically.  For example, the New York Times is reporting that a million jobs have been lost in New York City, and the unemployment rate for NYC “is hovering near 20 percent”…

The city is staggering toward reopening with some workers back at their desks or behind cash registers, and on Monday, it began a new phase, allowing personal-care services like nail salons and some outdoor recreation to resume. Even so, the city’s unemployment rate is hovering near 20 percent — a figure not seen since the Great Depression.

We are going to be using the phrase “since the Great Depression” a lot in the coming months.

Fear of COVID-19 is going to paralyze our economy for the foreseeable future, and all of this fear is hitting some companies more severely than others.  On Tuesday, Levi Strauss announced that sales were down a whopping 62 percent during the second quarter…

The denim maker Levi Strauss & Co.’s sales fell 62% during its fiscal second quarter, the company announced Tuesday, as its online sales weren’t enough to make up for its stores being temporarily shut for roughly 10 weeks during the Covid-19 crisis.

If Levi Strauss expected this to be just a temporary setback, they would probably try to keep all of their employees on board.

But instead, they apparently believe that hard times are here to stay and they have just decided to eliminate “about 700 jobs”…

Levi’s also announced it will be slashing about 15% of its global corporate workforce, impacting about 700 jobs, in a bid to cut costs during the coronavirus pandemic. It said the move should generate annualized savings for Levi’s of $100 million.

Of course a whole lot of other companies are laying off workers right now too.  Another 1.427 million Americans filed new claims for unemployment benefits last week, and that is an absolutely catastrophic number.  Prior to 2020, the worst week in all of U.S. history for new unemployment claims was in 1982 when 695,000 unemployed workers filed in a single week.  So what we are witnessing right now is nothing short of a “tsunami of job losses”, and even CNN is admitting that millions of the jobs that have been lost “are never coming back”…

The American economy’s unprecedented jobs rebound masks a difficult truth: For millions of people, the jobs they lost are never coming back.

“It’s clear that the pandemic is doing some fundamental damage to the job market,” said Mark Zandi, chief economist for Moody’s Analytics. “A lot of the jobs lost aren’t coming back any time soon. The idea that the economy is going to snap back to where it was before the pandemic is clearly not going to happen.”

I couldn’t have said it better myself.

Since most Americans were living paycheck to paycheck before this pandemic erupted, millions of unemployed workers have found themselves in desperate need very suddenly.  I have written numerous articles about the massive lines that we have been witnessing at food banks around the nation, and we just witnessed another two mile long line at a food bank in Florida…

More than 700 cars were seen waiting in a two-mile long food bank line in Florida as the US grapples with nearly half of Americans being unemployed amid a spike in new coronavirus cases that has sparked fears of more shut downs and lay-offs.

Sunrise Assistant Leisure Services Director Maria Little, who was put in charge of food distribution for the city when the coronavirus hit the US in March, said her group served about 720 cars in Miami on Wednesday.

In fact, for certain sectors of the economy the numbers are rapidly getting a lot worse.  For instance, just check out what CNBC is reporting…

The delinquency rate hit 3.59% in June, an increase from 1.46% in May. New delinquencies totaled $10.8 billion in June, raising the total delinquent pool to $17.2 billion.

And Fitch Ratings is warning that these numbers are going to get far worse in the months ahead.

And this is just the beginning. Fitch analysts are projecting that the impact from the coronavirus pandemic will drive the delinquency rate to between 8.25% and 8.75% by the end of the third quarter of this year.

I have said this before, and I will say it again.

We are on the verge of the biggest commercial mortgage meltdown in the history of the United States.

Countless restaurants and retailers are getting way behind on their rent payments, and as a result many owners of commercial property are finding it increasingly difficult to make their mortgage payments.

The dominoes are starting to fall, and this is going to get really, really messy as we head into 2021 and beyond.

Of course the same thing could be said for the U.S. economy as a whole.

I know that I haven’t been posting quite as often the last couple of weeks, and that is because I have been finishing my new book.  It is not too far from being completed, and it is going to be the most important thing that I have written so far.

We are right on the precipice of the most chaotic chapter in all of American history, and a collapsing economy is just going to be one element of “the perfect storm” that we are facing.

So please use the summer months to get prepared for what is ahead, because even though things are bad right now, the truth is that we have only experienced the leading edge of “the perfect storm” so far.

About the Author: I am a voice crying out for change in a society that generally seems content to stay asleep. My name is Michael Snyder and I am the publisher of The Economic Collapse Blog, End Of The American Dream and The Most Important News, and the articles that I publish on those sites are republished on dozens of other prominent websites all over the globe. I have written four books that are available on Amazon.com including The Beginning Of The End, Get Prepared Now, and Living A Life That Really Matters. .

Temple Emanu-El Joins Cancel Culture —Against Israel and its Sympathizers