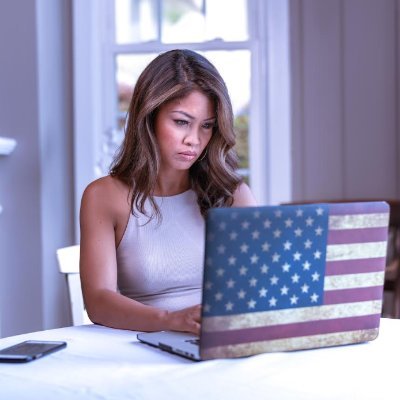 Antifa and BLM activists attacked Michelle Malkin as she tried to give a speech at a pro-police rally in Denver, Colo., on Sunday.

Several activists confronted Malkin, with one of them beating on the conservative speaker with a baton.

Malkin said that activists also sprayed her and others with aerosol string as they were trying to give a speech on stage.

“Malkin was understandably distraught at this unanticipated violent turn of events and expressed frustration that Denver police, who were visibly present in the area, did nothing to stop the attacks or to allow the peaceful pro-police rally to continue,” according to American Thinker.

The intolerance and violent insurrection has not stopped.  The communist revolution masked as BLM “peaceful protests”-  has not let up, the media has decided to no longer cover the madness. In America if you support the police, you will most likely be attacked, and the police, under orders from leftist control, will not defend their own defenders.

The few media accounts of this event, left out the attack against the pro-police speakers, including famous conservative speaker Michelle Malkin

We have all of the social media accounts from Twitter:  Literally a protected free speech event supporting police is invaded by black clad leftist radicals, most likely ANTIFA, and the speakers are attacked. From most accounts,  Denver police did not protect the peaceful pro-police protesters.  Liberal governments are tolerating terrorism in the streets. Assault   is not protected free speech.  Are these  young, skinny, college age  radicals intimidating weak city governments, or is it deeper than this? Why is their such a level of tolerance for black clad terrorists? Why does the media downplay this and focus on the DHS arresting the terrorists in Portland instead?

.@michellemalkin and others were attacked on stage by antifa & BLM militants at a “Back the Blue” rally in Denver, Colo. A masked woman dressed in black bloc readies her collapsable baton. pic.twitter.com/hPbxeTj5hq

Here’s where BLM bitches attacked several women on stage. We were sprayed in our faces w/aerosol string, which @kyleclark thinks is hilarious. BLM girl takes off mask & lays hand on woman in front of me as I shout at her to get back. #DenverAnarchoTyranny pic.twitter.com/GTjLF1e2RG

This is the moment the Antifa thugs bum-rushed the stage. I filmed the guy with the huge longboard that pro-police organizer Ron McLaughlin was beaten with just minutes after praying. @denverpolice @jaredpolis @mayorhancock #DenverAnarchoTyranny pic.twitter.com/0JzlNDCG24

Here’s where BLM bitches attacked several women on stage. We were sprayed in our faces w/aerosol string, which @kyleclark thinks is hilarious. BLM girl takes off mask & lays hand on woman in front of me as I shout at her to get back. #DenverAnarchoTyranny pic.twitter.com/GTjLF1e2RG