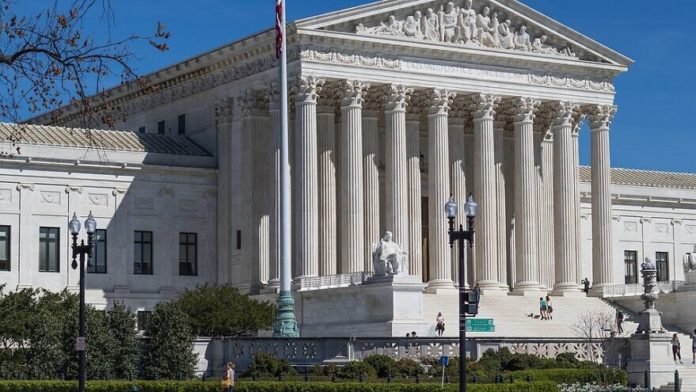 Writing for the 7-2 majority in the combination of cases—St. James School v. Biel and Our Lady of Guadalupe School v. Morrissey-Berrum—Supreme Court Justice Samuel Alito penned, “Religious education is a matter of central importance in Judaism. As explained in briefs submitted by Jewish organizations, the Torah is understood to require Jewish parents to ensure that their children are instructed in the faith. One brief quotes Maimonides’s statement that religious instruction ‘is an obligation of the highest order, entrusted only to a schoolteacher possessing ‘fear of Heaven.’ ”

Howard Slugh, founder and general counsel for the Jewish Coalition for Religious Liberty, told JNS that “the Supreme Court rejected the plaintiffs’ view that the Ministerial Exception should be limited to Lutheran Ministers or those in very similar positions,” and that “the decision will help ensure that religious communities can choose their own leaders and pass the faith onto the next generation without government interference.”

Referring to the First Amendment, he said “the Establishment Clause surely prevents the government from choosing the leaders who will minister to the faithful and teach religion to our children [and] today’s decision is essential to maintaining that protection.”

In a statement, Nathan Diament, the Orthodox Union’s executive director for public policy, noted that “the U.S. Supreme Court upheld fundamental principles of religious freedom in the United States. The Court ensured that religious communities may form houses of worship, parochial schools and other institutions whose missions are to be places of worship, learning and service for a faith community and that such institutions are constitutionally protected from interference by the secular state. These First Amendment principles are essential for America to continue to be a place in which religious freedom and diversity thrive.”

Orthodox Jewish Chamber of Commerce founder and CEO Duvi Honig said in a statement, “At a time when democracy and freedom is so often used as a cudgel against religious Americans, it is great to see the Supreme Court reaffirm our protections in employment and other key areas of life.”

“We’re pleased,” AJC chief legal officer Marc Stern told Jewish Insider. “It’s also surprising that you had a 7-2 decision and not a 5-4 decision, which has come to characterize decisions about the religion clause of the Constitution. It shows there are still some issues on which it’s possible to have a broader array of justices reaching a decision.”

Nonetheless, he cautioned, “it behooves schools not to abuse [the] privilege” the court granted them in this case.

The Jewish Democratic Council of America slammed the decision.

“Today’s #SCOTUS decision on religious freedom sets a dangerous precedent. Schools shouldn’t be allowed to discriminate against teachers and staff, and deny Americans of access to contraception,” tweeted JDCA, with the latter referring to another Supreme Court decision on Wednesday that upheld exemptions to Affordable Care Act, also known as “Obamacare,” that allowed employers to not give contraceptives to their employees if doing so goes against, “We have long awaited the equitable conclusion reached by the Court that would not force religious institutions to violate their religious conscience and teachings as was upheld today in Little Sisters of the Poor vs. Pennsylvania. In this case the sisters are not required to fund an insurance plan that would force them to subsidize abortions.

“The need for religious institutions to hire teachers and staff who will promote the religious teachings for which these institutions are formed and not be forced, in the cause of social engineering, to fill their staff and instructors with people who do not wish to conform or perpetuate the religious beliefs for which the institution was founded and organized, was verified today in Our Lady of Guadalupe School vs. Morrissey.”
Rabbi Spero concluded: “Religious freedom is enshrined in the very First Amendment and was the motivating principle for the founding of America and should not be sidelined or held hostage to extraneous and hostile agendas.  Both of these rulings repudiate brazen and overreaching attacks by the Obama administration against biblical institutions.”
_ _ _