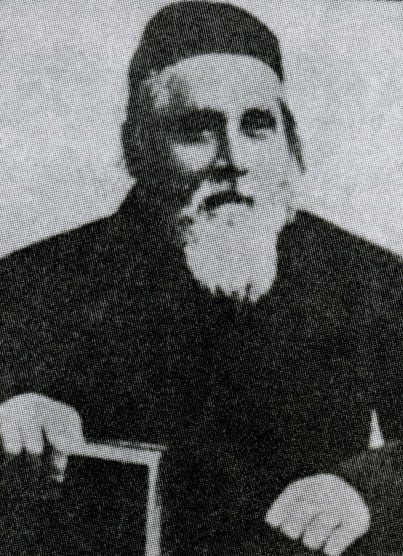 Spain, Germany, America; where are Jews going to run to next, China?

Every Galut comes to an end, and it’s never pretty…

Rabbi Meir Simcha was a strong supporter of the resettlement of Eretz Yisrael, the Land of Israel, and greeted the Balfour Declaration of 1917 and later, the San Remo conference in 1920, with great enthusiasm. He saw them, that the nations recognized the rights of the Jews to Eretz Yisrael, as signs of the beginning of the Geulah, the redemption of the Jewish people.

In a famous, near-prophetic passage in his Meshech Chochma, written before 1926, he predicted the Holocaust. “If a Jew thinks that Berlin is Jerusalem…from there will come the storm winds that will uproot him by his trunk, a tempest will arise and spread its roaring waves, and swallow, and destroy, and flood forth without pity,” (Meshech Chochma, Leviticus 26:44).

Every Galut comes to an end, and it’s never pretty…

In this week’s Torah Reading Devarim (Deuteronomy), Moses reminds the generation of children that grew up in the Sinai Desert (and are about to enter Eretz Yisrael), how their parent’s generation sinned.

“Then all of you [their parents] came to me and said: ‘Let’s send men ahead to spy out the land for us and bring back a report about the route we’re to take, and the towns we will come to.’ The idea seemed good to me; so I selected twelve of you, one man from each tribe. They left and went up into the hill country, and came to the Valley of Eshcol and explored it.”

“Taking with them some of the fruit of the land, they brought it down to us and reported, ‘It’s a good land, that HaShem (the God of Israel), our God, is giving us.’ But you didn’t want ‘LaAlot’ (to make Aliyah, to go up); you rebelled against the word of HaShem, your God. You spoke slander in your tents and said, ‘HaShem hates us. He brought us out of Egypt to deliver us into the hands of the Amorites to destroy us,’” (Deuteronomy 1:22-27).

Rabbi Moshe Chaim Luzzato in his book, Mesillat Yesharim (The Path of the Just), chapter 11, discussing ‘The Lust for Honor’ states, “According to our sages of blessed memory, what caused the spies to utter evil speech on the Land, leading to their death and the death of an entire generation? They feared that others will take over their position when they enter Israel thereby diminishing their honor, namely that they will no longer be princes over Israel,” (Zohar on Numbers 13:3).

It Can’t Happen Here! Oh Yes It Can!

The CoronaVirus pandemic, out of control anti-Semitism from the far Left, far Right and Muslim Jihadists, and economic collapse in most of the countries of the Golah (exile) where Jews reside, is speeding up the inevitable, unfolding process of redemption of the Jewish people.

See my articles: “The God of Israel’s Hand in Nature and History,” and “BLM and Black Nazis are Evil Like White Nazis,” where I explain this in more detail.

The God of Israel is carrying out Kibbutz Galuyot (the ingathering of the exiles), just as He promised in the Book of Ezekiel, “…So says the Lord God: Behold I will take the children of Israel from among the nations where they have gone, and I will gather them from every side, and I will bring them to their land,” (Ezekiel 36:21).

I listened to a recent podcast by Josh Wander (BringThemHome.org.il) entitled, “American Hasidim are Secretly Organizing to Make Aliyah!!!” The interviewee Yehuda Singer, spoke about groups of Hasidim (that he’s a part of), on WhatsApp, discussing Hashkafic (philosophical) issues related to Eretz Yisrael, the Redemption, the growing problems in America and practical steps to make Aliyah.

Massive waves of Jews, are planning to come on Aliyah, to Israel, in the next few years.

For example, Nefesh B’Nefesh, which assists in immigration to Israel from North America and the United Kingdom, announced at the end of June, that it had signed a contract with El AL Airlines for 14 “Group Aliyah Flights,” from New York to Tel Aviv, over the course of the next three months. Nefesh B’Nefesh reported that the number of applications in May 2020, was the highest since the organization’s founding in 2002.

In Parshat Haazinu, Moses sings/prophecies, “He found them [Israel] in a desert land, and in a desolate, howling wasteland…As an eagle awakens its nest, hovering over its fledglings, it spreads its wings, taking them and carrying them on its pinions. He made them ride upon the high places of the earth…” (Deuteronomy 32:10-11, 13).

Rashi explains “He made them ride [upon the high places],” [referring to] the Land of Israel, because it is higher [spiritually] than all other countries. — (Targum Onkelos, Sifrei 32:13).

By the way, Israel isn’t a third world country anymore, if you haven’t noticed…

“The streets are paved with gold,” for those who can see, “Tovah HaAretz Meod Meod,” The Land is very, very good! (Numbers 14:7).

Synonyms in the Hebrew Language – Boys & Girls (Part 1 of 2)