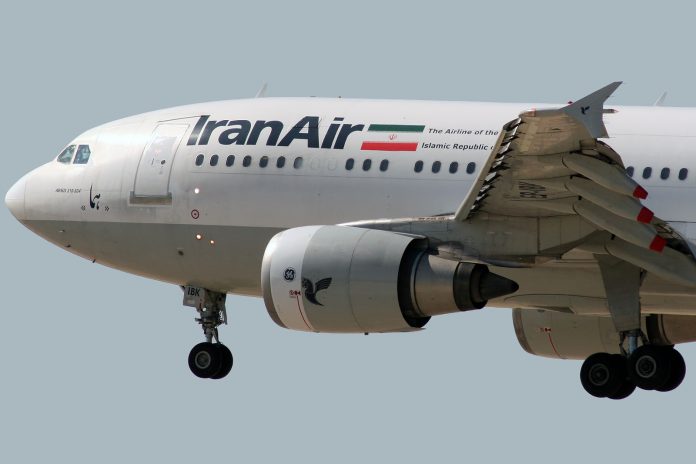 Iran said an American fighter jet that claimed it conducted a visual inspection of an Iranian passenger plane engaged in a “terrorist act,” Reuters reported Friday.

CENTCOM maintains, however, that the jet adhered to strict protocol. The F-15 “conducted a standard visual inspection of a Mahan Air passenger airliner at a safe distance of about 1,000 meters (3,280 feet),” said Captain Bill Urban, the senior CENTCOM spokesman.

Urban also said that “the visual inspection occurred to ensure the safety of coalition personnel at Tanf garrison,” and “once the F-15 pilot identified the aircraft as a Mahan Air passenger plane, the F-15 safely opened distance from the aircraft.”

Tehran, however, opposed the CENTCOM account of events, levying a theory that the jet’s alleged aggressive behavior was tied to the 2020 presidential election.

“The security of West Asia should not become a plaything in the U.S. election campaign,” Iranian Foreign Affairs Ministry spokesman Abbas Mousavi said.

Washington’s relationship with the increasingly unstable Iran has taken a dive in recent months. Iran has been wracked with a series of mysterious explosions, which some suspect are orchestrated by the United States and Israel. In the last month, the Islamic regime has executed at least one of its own citizens for suspected ties to foreign espionage.

Tehran “warn[s] the Zionist liars and their puppeteers that if they continue their prattle, they will see the upper hand of the Islamic Republic of Iran and the resistance front in action,” Brigadier General Abolfazl Shekarchi told state press last week.

Political Scientist ,Author Charged With Acting As An Unregistered Agent Of The Iranian Government