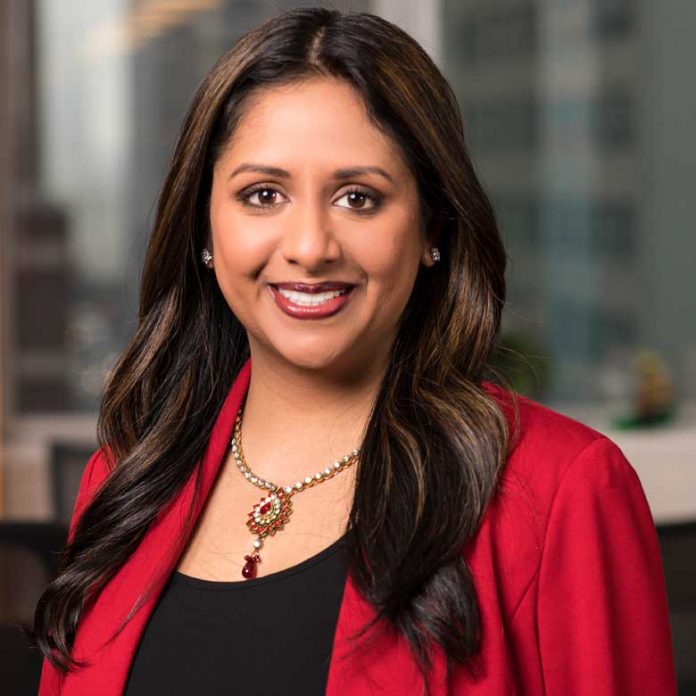 In less than a decade, a New York-based money manager has invested a whopping $1 billion into a small niche segment of the market.  Once upon a time, not so long ago, even Wall Street executives hadn’t heard of impact investing.  As of December, impact funds managed a total of $715 billion, up exponentially from only $8 billion in 2012, as per the Global Impact Investing Network.

Rekha Unnithan, has been co-Head of Impact Investing since 2012, and instrumental to determining the Impact Investment strategy at Nuveen.  The 38-year-old led the creation of Nuveen’s impact investing portfolio and is responsible for growing and expanding it across sectors, asset classes, and regions.  As per Crain’s, she oversees more than $1 trillion of assets, including over $5.8 billion in impact strategies.   The investments she specializes in aim to make a positive impact on society and the environment, while making money.  Last week alone, Nuveen attracted $150 million from institutional investors on investments that focused on battling income inequality and climate change.

Despite her success, she was forthcoming in issuing a warning, to keep a straight head while investing in such a fast growing market.  “Impact investing is now all of a sudden having its moment,” said Unnithan. “It’s cool now and is getting a lot more attention. We must be very mindful though that this is done correctly to actually have impact as opposed to just moving capital around and calling it impact.”

The impact investments are both socially and financially rewarding, making them naturally appealing, particularly now during the pandemic and racial unrest and tensions. Nuveen’s investments concentrate on health care for low-income consumers, education for the underprivileged and affordable housing.

Impact funds differ from Environmental, Social and Governance (ESG) investing, which is a more traditional socially responsible investing.  ESG basically only dodges irresponsible companies that pollute or make tobacco products or have poor ESG scores.  By Contrast, impact funds, which have only gained popularity in recent years, invest in companies that work to bring forth desirable change, like eradicating disease or lowering carbon emissions, or adding affordable housing.

Unnithan focuses on impact in private equity and real estate. She told Crain’s that an average impact investment for Nuveen ranges from $20 million to $60 million.  Recent impact investments for the company include: $50 million in a company that makes energy-efficient windows while reducing glare; roughly $30 million for an affordable housing project for low-income seniors in Brooklyn;  and $10 million investment in Revolution Foods, which provides fresh ingredient meals to schools in underserved communities.

As per a report by Nuveen, by its own count, its impact-investment activities from 2009 to 2018 succeeded in preserving 20,000 affordable housing units across the country, allowed 14 million low-income patients to get medical care and helped avoid  the emission of 1.8 metric tons of carbon dioxide.

Unnithan declined to provide details on the financial performance of Nuveen’s impact funds, though she said they have been “in line with expectations on a risk-adjusted basis.”