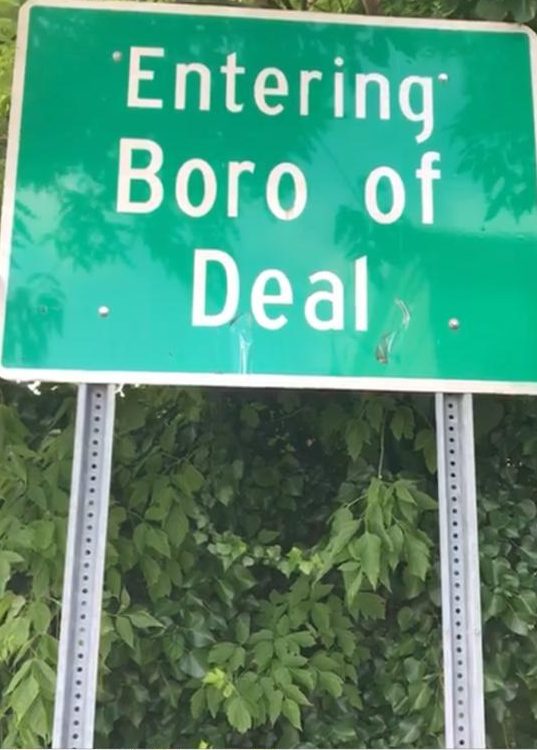 As many visitors to the Jersey Shore are already cognizant of, the idyllic seaside towns that dot the landscape provide a well needed respite from the rigors of city life. This year in particular, when we are all dealing with the stresses connected to the coronavirus and the economic downturn, time spent with family and friends at the Jersey Shore is even more precious to us.

Having said this, a safety issue that should concern us all has emerged in the town of Deal.  A traditional getaway spot for Brooklyn’s Jewish community and others, Deal not only provides a bucolic setting that is quite conducive for rest and relaxation, but it allows our children to thoroughly enjoy their summer break in completely safe surroundings.

Now, however, it has come to our attention that a stream of water is running through the town of Deal, right in the middle of the commercial center on Norwood Avenue. The problem lies with the fact that the stream is not closed off to pedestrian traffic with any kind of fence, gate or concrete barrier. This means that our children can wander there and possibly get into a dangerous accident, should they fall into the stream. If that should occur, no one would even know that anyone was missing for days or even longer.

In order to ensure the safety of our children and all residents of Deal, the Jewish Voice contacted the Mayor of Deal, Mr. Sammy Cohen as well as Stephen Carasia, the manager of the Deal borough hall. When questioned about the lack of safety measures taken in regards to the open stream and why a permanent barrier had not been erected to prevent people from reaching the stream, the Jewish Voice was told that this matter was in the hands of Ocean Township and not in the bailiwick of the Deal administrators.

The Jewish Voice then contacted Chris Siciliano, the mayor of Ocean Township for his comments on the matter and as of this time, our requests for information have gone unanswered.

It is noteworthy to mention (see video below) that the stream in question is located right next to the road sign that says “Welcome to Deal.” This serves as proof that the stream is indeed located in the Deal district.  Additionally, the stream is surrounded by wild shrubs as is the sidewalk  right above the stream. The filth and disarray of the sidewalk and the fallen shrubs, trees and grass that covers it have caused it to become a safety hazard and now the sidewalk is closed to pedestrian traffic and kids with bikes are forced to ride in the street because of it.

The Jewish Voice was also told by Deal officials that the main commercial street in Deal which is next to the stream is also known as “Highway 71 – Norwood Ave” and as such is in the jurisdiction of the New Jersey state government in Trenton. Although this allegation has not be proven correct, even if there was a modicum of truth to it, why wouldn’t Deal administrators raise this issue with the state assemblyman or senator who represents their county. Surely,  there have been other local matters in which the state was called upon to intervene or to rectify an otherwise untenable situation.

The Jewish Voice remains in a quandary as to precisely why Deal administrators and officials have willfully ignored this safety hazard.

Because we are hitting a proverbial brick wall with county bureaucrats, we are asking that all residents of Deal make this matter a top priority. Currently, we are at the beginning of our summer holiday when we should be consumed with leisurely pursuits and organizing charitable events, but rather we are facing an issue, if not immediately addressed in the most concrete of terms can result in loss of life, G-d forbid!!

Let’s take the time required to ensure our complete safety and of those we love. The Jewish Voice asks all of our readers and all residents of Deal to call Mayor Cohen, Mr. Carasia and Mr. Siciliano to demand that a barrier be erected immediately at the stream in order to prevent access to it by anybody.