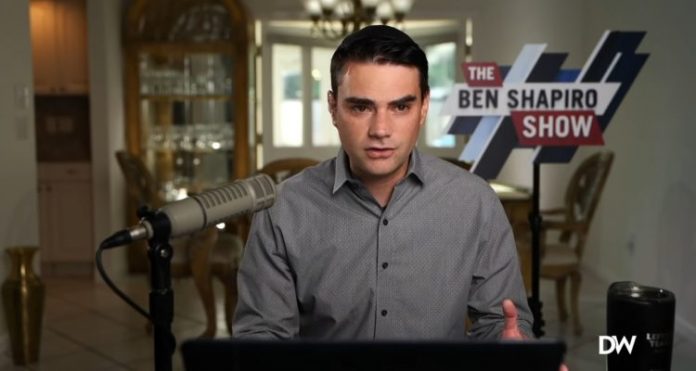 Shapiro lashed out at the phenomenon of “cancel culture,” the boycotting of individuals – especially celebrities – who have posted a questionable or controversial opinion, or who said or did something in their past that is on social media and found to be offensive by some people.

“Everyone will be canceled unless you’re on the full-on woke left, in which case you can say anything,” Shapiro said on his online show.

Shapiro said that the lack of outrage from many on the left-wing over the anti-Semitic social media posts made by Philadelphia Eagles player DeSean Jackson showed the hypocrisy of the “cancel culture” mentality.

“You can literally quote Hitler,” Shapiro said, referring to Jackson’s quotes on Instagram, which the football player attributed to Adolf Hitler.

On Monday, Philadelphia Eagles wide receiver DeSean Jackson posted to his Instagram, “Hitler said, ‘because the white Jews knows that the Negroes are the real Children of Israel and to keep Americas secret the Jews will blackmail America.’”

The quote posted by Jackson continues, “The white citizens of America will be terrified to know that all this time they’ve been mistreating and discriminating and lynching the Children of Israel.”

Shapiro called the reaction by the NFL team a “ridiculous” statement, because the team said they were “disappointed” by Jackson’s post, but stopped short of announcing any disciplinary action.

“Lets put it this way … If DeSean Jackson were white and quoted Hitler, how long do you think he’d be in the NFL?” Shapiro asked rhetorically.

“As long as you’re on the right side, you’ll never be canceled. If you’re on the proper woke side of the aisle, like Ice Cube, you can be as anti-Semitic as you want to be,” Shapiro said, referring to the long history of anti-Semitic social media postings by the popular rapper.

“The last hatred that is allowed in the United States is hatred of Jews,” Shapiro said. (World Israel News)