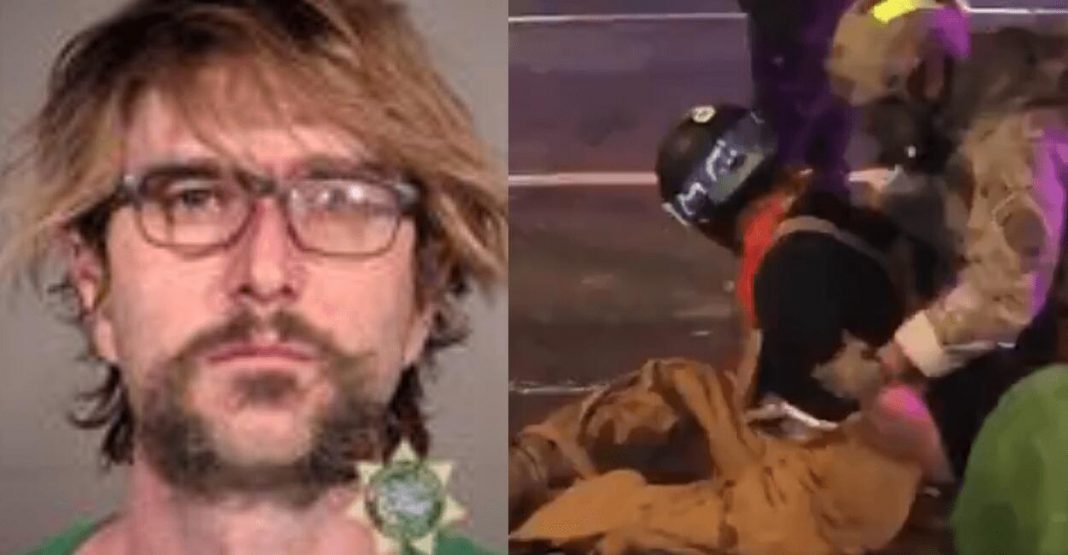 Antifa militant and convicted pedophile Blake David Hampe was arrested in the early hours of Saturday following his alleged stabbing of a black Trump supporter in Portland, The Blaze and The Post Millennial reported

In the Periscope livestream(follow link to hear the victim speak)  the black conservative activist  alleged that Hampe had stalked him and his group of friends for several blocks in Portland before stabbing him.

“That knife was long enough. He stabbed me to kill me,” said Black Rebel(the activists social media handle) , who says that he spotted Hampe, who was part of a group of Antifa following his group of friends for several blocks before he approached Hampe to ask why he was following them.

“We were all out there, four triends, trying to keep each other safe in the best way possible. I figured I’d try to de-escalate and just have a conversation,” he said. “I went over there, said ‘what’s up buddy?’ and that mother**ker went around and shanked me in the f**king kidney.”

Hampe, who was booked into the Portland Police Central Precinct just before 6AM local time, has been charged with felony assault. His bail is set to $250,000, according to THe Post Millinial, who also discovered the ANTIA radical has a criminal record involving child pornography. Court record link here

Footage of Hampe’s arrest was captured by several photojournalist.

The irony of a White BLM supporting ANTIFA member attacking a Black conservative activist is staggering. One would expect this to be a front page story, at least in Portland. The story has received next to no press besides alternative media sites. The anti-racist left, stab an African American man, this is a concept the establishment media do not want to add to the public discourse. It goes against a carefully crafted narrative. Letting, the public at large learn about this, would lead to  more people questioning the entire movement. According to recent polls, BLM and the protests have support of the plurality of the public.

Social media captures of the arrest.

This Antifa guy stabbed someone in Portland earlier this morning, prompting a police response and his arrest. pic.twitter.com/b0UBqnXJaX

While police respond to an alleged stabbing situation

A BLM rioters yells at the responding officers, follows him to his vehicle

Then proceeds to kick it after the door closes

The level of disrespect these rioters have for public servants & people in general is unmatched pic.twitter.com/DSz8ADlNS6