120 Olim from US, Including 78 Future Lone Soldiers, Arrive in Israel 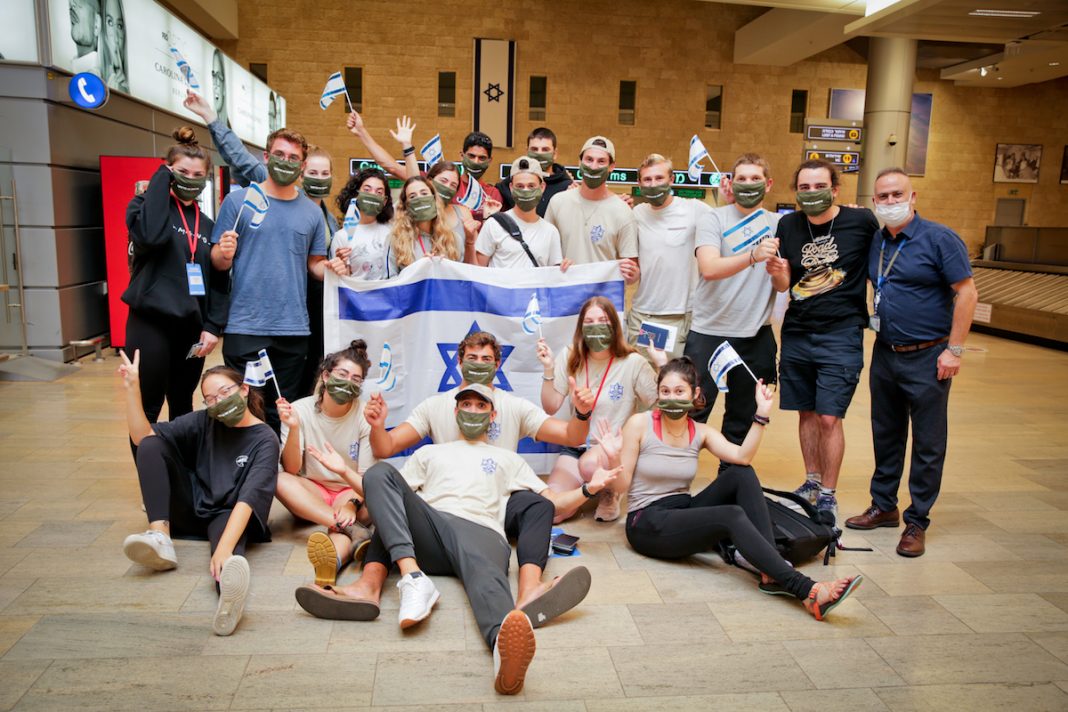 Two groups of 120 Olim (new immigrants) from North America arrived in Israel this week, including 78 young people who will join the IDF.

The 78 future Lone Soldiers, volunteering to serve in the IDF without immediate family living in Israel, will join 3,500 serving Lone Soldiers from around the world.

Minister of Aliyah and Integration Pnina Tamano-Shata lauded the Lone Soldiers as “our people’s greatest pride,” and “along with the citizens of Israel, I salute them as an inspiration to us all.”

“Now, despite all odds, the future Lone Soldiers who arrived on these flights are once again proving that nothing will stand in the way of those individuals who are looking to fulfill their Zionist dreams,” said Rabbi Yehoshua Fass, Co-Founder and Executive Director of Nefesh B’Nefesh.

“I decided to make Aliyah after I visited twice and fell in love with Israel,” said new Olah and future IDF soldier, Naomi Jaffe, 18, from Boulder, Colorado.

“I have wanted to challenge myself and be part of Israel’s society, and I thought the best way to do it is to make Aliyah after high school and join the IDF. I want to be part of something bigger than myself and live in a place where I feel is meaningful for me,” she shared

A total of 16 Nefesh B’Nefesh group Aliyah flights are slated to arrive in Israel over the summer.

These flight arrives amid a record-high interest in Aliyah.

Since the beginning of April, 3,495 Aliyah applications were submitted to the organization, in comparison to 1,373 over the same time period in 2019, signaling a 155% increase in Aliyah interest.

Israel is expecting a quarter of a million Olim in the next 3-5 years, Jewish Agency Chairman Isaac Herzog told the Knesset’s Immigration and Absorption Committee earlier this month, a wave of immigration following the global COVID-19 crisis. (TPS)