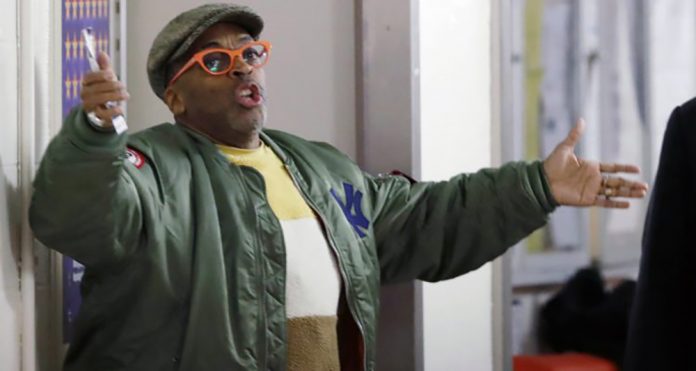 After voicing support for Woody Allen and criticizing cancel culture, Spike Lee apologized Saturday for words he said were “wrong.”

“This cancel thing is not just Woody. And I think that when we look back on it, (we’re) gonna see that, short of killing somebody, I don’t if you can just erase somebody like they never existed. Woody’s a friend of mine,” said Lee. “I know he’s going through it right now.”

“My words were WRONG,” he wrote. “I do not and will not tolerate sexual harassment, assault or violence. Such treatment causes real damage that can’t be minimized.”

Allen has been accused of molesting his daughter Dylan Farrow when she was 7 years old in the early 1990s. Allen has long denied the allegation. Earlier this year, he released a memoir through Arcade Publishing after his original publisher, Hachette Book Group, dropped the book amid widespread criticism.

Back in March of this year, the AP reported that Woody Allen’s memoir, dropped by its original publisher after widespread criticism, has found a new home.

The 400-page book, still called “Apropos of Nothing,” was released in March by Arcade Publishing.

“The book is a candid and comprehensive personal account by Woody Allen of his life,” Arcade announced, “ranging from his childhood in Brooklyn through his acclaimed career in film, theater, television, print and standup comedy, as well as exploring his relationships with family and friends.”

With little advance notice, the 84-year-old filmmaker’s book arrives at a time when much of the world was otherwise preoccupied with the coronavirus pandemic. Arcade is an imprint of Skyhorse Publishing and a Skyhorse spokeswoman said no decisions had been made on whether he would give any interviews. Financial details for his deal with Arcade were not released and the spokeswoman had no immediate comment on whether the book would come out in Europe, where publishers in several countries have expressed interest.

It was also reported in March that Allen ‘s memoir was being blasted by two of his children, daughter Dylan Farrow and author-journalist Ronan Farrow.

Dylan Farrow, who alleged Allen molested her as a child in the early 1990s, calls the upcoming release “deeply upsetting.” Allen has denied any wrongdoing, and he was never charged after two separate investigations.