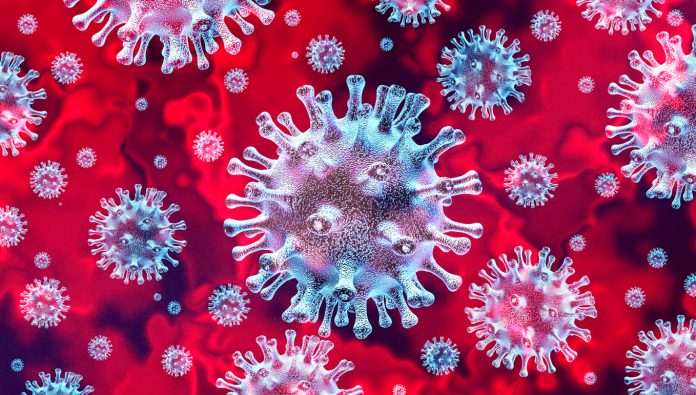 A network of white supremacists and far-right provocateurs have spent the last several months disseminating anti-Semitic conspiracy theories alleging Jews are behind the coronavirus pandemic, further endangering an already vulnerable global Jewish community, according to a new watchdog report obtained by the Washington Free Beacon.

A loose-knit community of 26 far-right anti-Semites are responsible for “a large proportion of online coronavirus anti-Semitism,” according to an investigation conducted by Canary Mission, a watchdog group that monitors the dissemination of anti-Semitism online. As the virus spread across the globe, these individuals mobilized online to spread fear about Jews and accuse them of manufacturing the virus as part of a plot for world domination. While many of the conspiracy theories invoke age-old canards about Jews, the coronavirus provided a prime opportunity for these individuals to further stoke the flames of anti-Semitism, the report concludes.

Anti-Semitism has skyrocketed across the world in the past several years, including in the United States, where crimes targeting Jews have been on the rise. The coronavirus pandemic has accelerated this trend, as frightened populations seek a scapegoat for their fear, according to the report.

All the individuals profiled in the report “have a long history of anti-Semitism and share a common hatred of Jews,” according to Canary Mission. “Coronavirus is just the latest opportunity to attack the Jewish community. Bigoted posts, videos, memes and podcasts feed their cultures and subcultures of hate—and this can lead to tragic consequences.”

The report breaks online anti-Semitism surrounding the coronavirus into several categories. These include blaming Jews for creating the virus, claims that Israel and American Jews are using the pandemic to their advantage, and allegations that Jewish people have intentionally spread the illness.

Around 73 percent of the online posts in the report promoted the theory that the “Jewish-controlled government” is exploiting the coronavirus to consolidate power. Each of the individuals profiled in the report also disseminated “classic anti-Semitism,” or general allegations that Jews are the source of global unrest.

YouTube and other social media platforms remain a primary vehicle for the distribution of this content. While these websites have attempted to police such rhetoric, the success rate of these efforts are widely varied. The Free Beacon independently verified the rhetoric quoted below.

David Duke, the white supremacist at the forefront of this movement, recently claimed that Zionists used the coronavirus to manipulate the stock market and consolidate wealth.

Duke also alleged that Israel’s Mossad security service may have intentionally spread the virus to political leaders, such as those in Lebanon and Iran, in order to create a power vacuum in the world’s governments.

Tony Hovater, another online provocateur that Canary Mission alleges is central to the spread of anti-Semitism online, claimed in March that Jews exploited the crisis to further their interests.

“In the middle of a pandemic the National Guard is being deployed to protect J*ws,” Hovater tweeted. “Not quarantine. PROTECT. What can I even say? This system exists to serve them and big capital. Big business matters. You absolutely DON’T matter. The guard isn’t even for you. You get nothing.”

Others claimed the American Israel Public Affairs Committee (AIPAC), the nation’s leading pro-Israel lobbying group, was central to spreading the virus among elected officials. While it is true there was an outbreak of coronavirus during the group’s annual conference earlier this year, individuals online portrayed it as part of a larger Jewish-controlled plot.

“AIPAC was the first big cluster [of coronavirus] in America. And we told everybody: ‘Watch what happens, it’s going to spread across America from AIPAC.’ Well it’s spreading in Israel through the synagogues.” Rick Wiles, an anti-Semite who founded the far-right website TruNews, said in a March YouTube video, “You’re under judgment because you opposed His son, the Lord Jesus Christ. That is why you have a plague in your synagogues!”

Dozens of other examples can be found in Canary Mission’s full report. The report profiles 26 individuals and features the 7 with the furthest reach, including neo-Nazis and other far-right figures.

“During the 14th century Black Death pandemic, stories that Jews caused the plague resulted in tens of thousands of Jews being murdered,” Canary Mission wrote in the report. “Today, Jews are once again being accused of creating and spreading a disease, this time it’s the Covid-19.”

The Far-Right's Pandemic of Hate