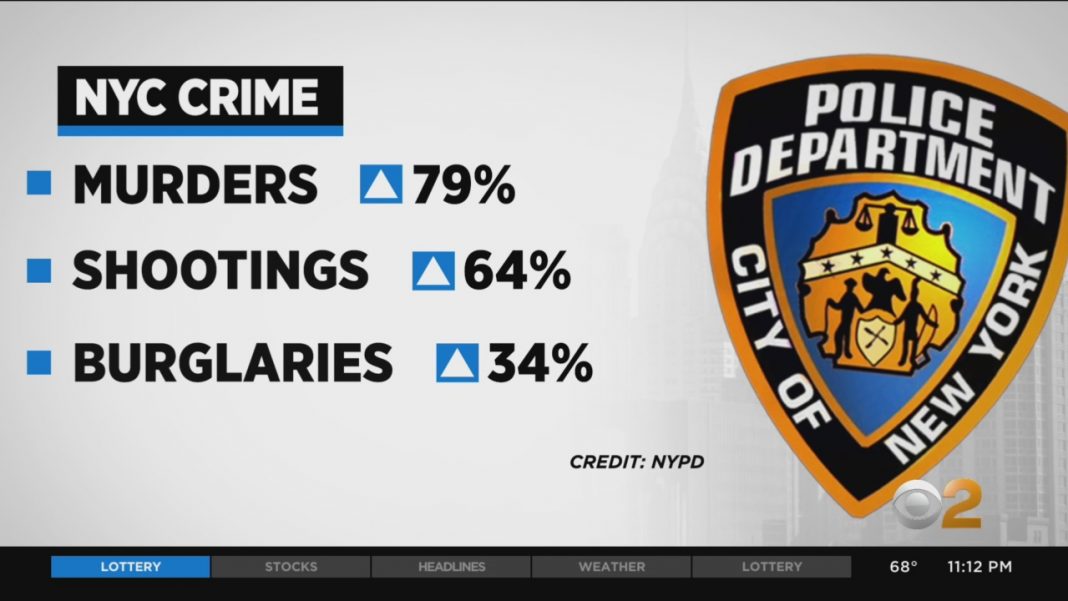 Those who want police departments nationwide to be defunded or even eliminated altogether need to explain what they would do without cops in the face of the nine hour time period this weekend that say eight New Yorkers shot.

One of the shooting victims died as a result of the injuries suffered during the period, which spanned Saturday night and the wee hours of Sunday.

The horror started at around 7:20 Saturday evening. A 51 year old man was shot in the leg in Manhattan’s East Village at East 12th Street near Avenue C. He died from the wounds at

Bellevue Hospital. Police officials said his name was being withheld pending family notification of his death.

On Sunday morning, a 24-year-old man sitting in a car at Dekalb and Targee streets in Park Hill, Staten Island took a bullet from a second motorist in his backside and ankle. Two more people – this time in Brooklyn – were shot at Sterling Place near Ralph Avenue just before 4:20 a.m.

The gunplay came just a couple of days after the NYPD had release crime stats for May. The city saw a 64% increase in shooting incidents (100 versus 61) for the month of May, and a 79% increase in the number of murders (34 versus 19).

With law enforcement nationwide taking unprecedented amounts of abuse from the public, NYPD officials were quick to point out “These are unprecedented times. Through it all, the men and women of the NYPD have worked relentlessly to ensure the safety of New Yorkers across all neighborhoods. The NYPD continues to gather timely intelligence, analyze crime trends and hone its crime prevention plans. The success of these ongoing efforts stands in large measure upon the trust NYPD officers work every day to earn from those they serve. It is a mission the NYPD strives to achieve on every job, on every shift.”

“I am proud of our police officers who have met the challenges of these trying times with remarkable fortitude and fairness,” said Police Commissioner Dermot Shea. “Their continuing success in simultaneously fighting crime, reinforcing the best public health practices and facilitating peaceful protest reflects the values of the New York City Police Department and the high standards of our profession.”