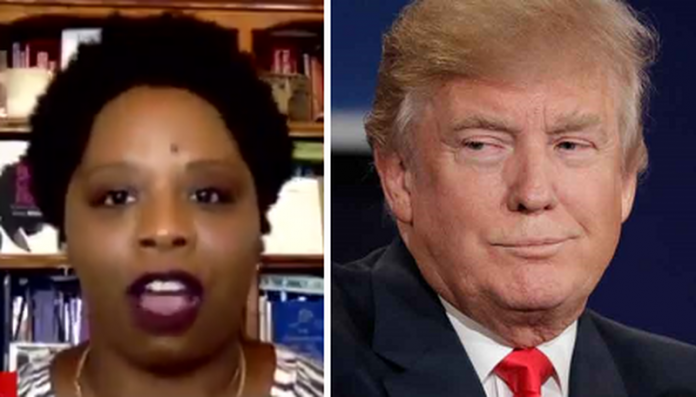 While massive protests continue to rage across the country (and beyond) in the name of George Floyd, Black Lives Matter co-founder Patrisse Cullors admitted during a Friday night interview with CNN that “our goal is to get Trump out.”

BLM is a political front group, founded by Marxists and hijacked by the Democratic party.

TJV has reported several times the last several weeks the origins of BLM, and the original founders deep connections to Marxist movements. Popular independent media site Zero Hedge, unearthed an interview with Cullors from 2015 where she admits the founders are “trained Marxists”, proving how accurate TJV reporting is.

Zero Hedge has been one of the most targeted websites by big tech, and their diligent reporting such as finding this interview displays exactly why silicon Valley has been targeting Zero Hedge. Google has forced sites like Zero Hedge and others to either shut down their comments section or heavily moderate it over sometimes racist posts by visitors or face loss of revenue generated by  the google advertising affiliate program.

Here is the 2 minute clip, 100% verifying what BLM really is. There is no longer any argument as Cullers spills the beans

President “Trump not only needs to not be in office in November but he should resign now,” says co-founder of the Black Lives Matter Global Network Patrisse Cullors. “Trump needs to be out of office. He is not fit for office.” pic.twitter.com/T6mLZ11cEv