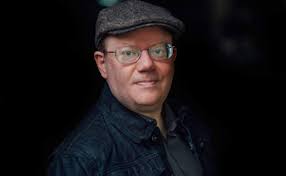 Larry Sanger, the co-founder of Wikipedia, published a blog post this month declaring that the online encyclopedia’s “neutral point of view” policy is “dead” due to the rampant left-wing bias of the site. Noting the article on President Donald Trump, Sanger contrasted its extensive coverage of presidential scandals with the largely scandal-free article on former President Barack Obama.

Sanger also criticized Wikipedia’s coverage of religion and other controversial topics. After Fox News reported on his blog post, many Wikipedians ignored the bias Sanger identified and instead responded by attacking the conservative outlet as well as Sanger.

On May 14, Sanger published a blog piece titled “Wikipedia Is Badly Biased” and started by declaring Wikipedia’s “Neutral Point of View” policy dead. Having founded the online encyclopedia with Jimmy Wales and having been involved in the original drafting of the policy, Sanger offered particular insight into its development and its practice in recent years. On the current policy’s rejection of providing “equal validity” to different views, Sanger stated this went directly against the original policy’s intent and that “as journalists turn to opinion and activism, Wikipedia now touts controversial points of view on politics, religion, and science.”

Providing examples, Sanger noted former President Obama’s article excludes most notable scandals during his Administration, such as the bungled ATF Fast and Furious operation that armed Mexican cartels who killed a U.S. border agent or the targeting of Tea Party groups by the IRS. By contrast, Sanger pointed to Trump’s article containing overwhelmingly negative sections on the President regarding his “public profile” as well as investigations and impeachment. The sections critical of Trump and his presidency are nearly as long as those dealing with his presidency overall. He further criticized Wikipedia repeatedly saying Trump makes false statements rather than attributing such characterizations to sources.

Wikipedia’s coverage of other contentious political topics such as abortion were also criticized with Sanger singling out Wikipedia claiming abortion is “one of the safest procedures in medicine.” He pointed out how articles on legalization of drugs and gay adoption were focused on positives with little to no mention of criticisms. In the latter case, Sanger noted the section on “debate” about gay adoption only included arguments in favor rather than any against it. Sanger also criticized Wikipedia’s coverage of religion describing the article on Jesus as “a ‘liberal’ academic discussion” focused “on assorted difficulties and controversies” without explaining “traditional or orthodox views of those issues.”

Further criticism was directed at Wikipedia’s handling of scientific issues, where Sanger acknowledged some would consider a “bias towards science” to be desirable. However, he noted that it is not always clear what constitutes a legitimate scientific view and Wikipeda tends to “take for granted” and “aggressively assert” the views of the scientific establishment despite scientific minorities rejecting or criticizing these views such as on global warming. In the end, Sanger called on Wikipedia’s community to concede that they have abandoned neutrality, while stating this was unlikely as Wikipedia editors “live in a fantasy world of their own making.”

After his post was covered by Fox News, editors on Wikipedia posted about his remarks on a discussion page for the site’s other co-founder, Jimmy Wales, where users bring issues to his attention and seek his comments. While Wales has yet to respond to Sanger’s criticism, many other editors responded to the news, though most avoided addressing his concerns about political bias. Instead, editors mainly focused on criticizing Fox News with one of the first editors responding stating “fact and neutrality have their own bias, and one largely at odds with Fox.” One cynically suggested Sanger’s criticism was him angling for a position at the network.

Wikipedia’s bias was particularly evident on Russiagate as editors sought to “purge” reliable sources that criticized Russia hacking allegations and continued pushing the Trump campaign collusion theory, such as by insisting on the credibility of the infamous Steele Dossier, despite Mueller’s report into alleged Russian interference finding no evidence supporting the theory. They also repeatedly spun articles on the Ukraine controversy against Trump and censored the alleged name of the “whistleblower” whose complaint sparked the impeachment drive.

Editors have even banned numerous conservative news sources, including Breitbart, sometimes citing their unfavorable reporting of the Russiagate narrative as evidence.

Having departed Wikipedia in its earlier years, Sanger has been a critic of the site’s path in the time since and has attempted to help or establish various alternatives to the site such as Citizendium and Everipedia. In his blog post he cites his latest project Encyclosphere, which seeks to build a network of online encyclopedias with a variety of perspectives similar to the blogosphere. Such alternatives have struggled to challenge the dominance of Wikipedia due to Big Tech sites such as YouTube and Facebook heavily incorporating and favoring Wikipedia.

Media outlets increasingly tout the “reliability” of Wikipedia, many citing it as the solution to “fake news” and numerous recent pieces describing it as a vital information source on the coronavirus pandemic. Wikipedia is so widely relied on that studies found its content shapes scientific research and economic patterns. News outlets and academic textbooks have sometimes copied Wikipedia content uncredited, such as the site’s heavily slanted article smearing the GamerGate anti-corruption movement in gaming, which has been copied extensively by outlets including the BBC and USA Today. Given widespread adoption of Wikipedia by establishment institutions, the criticism from its co-founder will likely go unheeded.

T. D. Adler edited Wikipedia as The Devil’s Advocate. He was banned after privately reporting conflict of interest editing by one of the site’s administrators. Due to previous witch-hunts led by mainstream Wikipedians against their critics, Adler writes under an alias.