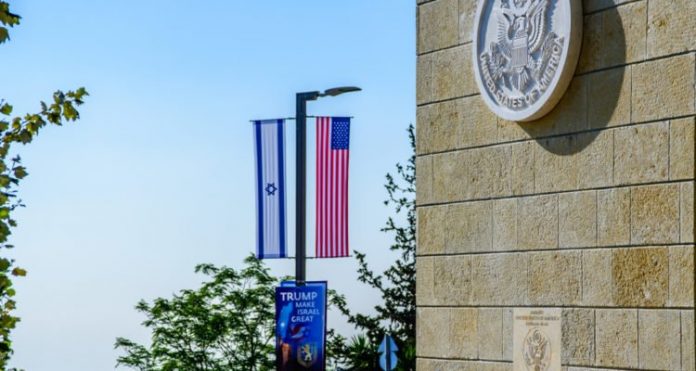 (WIN) The U.S. Embassy on Thursday advised U.S. citizens residing in or considering travel to Judea and Samaria and the Gaza Strip “to maintain a high level of vigilance and to take appropriate steps to increase their security awareness.”

U.S. citizens should carefully consider risks to their personal safety and security when considering visits to sites and events that are potential targets.”

U.S. government personnel in Israel are not allowed to travel to Judea and Samaria with the exception of some main routes. The U.S. government prohibits its employees from traveling to Gaza.

The alert issued by the Embassy did not give a specific reason for its travel warning. There have been several attacks in recent weeks but they have targeted Israel citizens.

However, the Palestinian Authority recently announced it was cancelling all agreements with the U.S. and Israel.

The Trump administration has been a firm supporter of Israel, moving the U.S. Embassy to Jerusalem, supporting Israeli sovereignty on the Golan Heights and most recently expressing support for an Israeli move to annex parts of Judea and Samaria and the Jordan Valley.