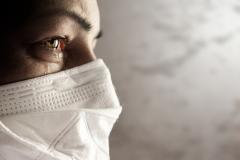 The conversation about the lockdowns when the COVID-19 crisis started was centered on saving lives at the cost of the economy. This makes sense, since many of those making decisions were epidemiologists and we cannot expect them to fully understand the lockdowns’ impact on the economy and human lives. The problem is that even many economists argued the same thing and completely ignored the harm that the lockdowns would create.

These economists have fallen prey to what Frédéric Bastiat called the “unseen” consequences of a policy. Frédéric Bastiat argued that an “act, a habit, an institution, a law, gives birth not only to an effect but to a series of effects. Of these effects, the first only is immediate; it manifests itself simultaneously with its cause—it is seen. The others unfold in succession—they are not seen: it is well for us, if they are foreseen.” Applied to lockdowns this means that it is easier to see the deaths caused by COVID-19 than to see the deaths caused by lockdowns. In what follows, I provide three arguments on how the economic lockdowns are costing us human lives and will continue to do so long after they end.

A recent study finds that we could have up to seventy-five thousand more deaths of despair over the next ten years. Deaths of despair refer to suicides and deaths from abuse of alcohol and drugs. The study argues that these deaths will primarily be caused by increased unemployment, fear, and isolation. Unemployment is the main factor and the analysis is based on the projected unemployment rate between 2020 and 2029. The authors estimate that in the best case scenario (lowest unemployment) we will have about twenty-eight thousand more people die deaths of despair and in the worst-case scenario (highest unemployment) we could see up to one hundred fifty-four thousand more people die. A recent study showing that unemployment will remain high for a prolonged period of time means that we can expect the number to be higher than seventy-five thousand.

This is not the only study that argues that unemployment is directly related to deaths of despair. Consider, for instance, a NBER study that found an increase of 3.6 percent in the opioid death rate for each 1 percent increase in unemployment. Based on this, we could see another twenty-nine thousand more deaths because of opioids annually. One may argue that these are only predictions, but sadly the indications we have so far show support for these studies. For instance, a doctor in the Bay Area told a local ABC7 reporter “I mean, we’ve seen a year’s worth of suicide attempts in the last four weeks.” This is not an isolated case. The Washington Examiner has reported recently that “More people died of suicide in a single Tennessee county last week than of the coronavirus across the entire state, according to one local official.” Hence, either directly through isolation or indirectly through unemployment, the lockdowns are costing us many human lives.

Deaths Due to Lack of Preventive Care

In a recent interview for Fox News, Dr. Scott Atlas, a senior fellow at the Hoover Institution, argued that “the cure is bigger than the disease at this point.” He argued that in the US every month one hundred and fifty thousand people are diagnosed with cancer, but the numbers are now much lower. Unfortunately, this will lead to higher death rates for this group of people. Add to this the people who are not receiving their chemotherapy as they should and we start to see a clearer picture of how the lockdowns are harming the lives of those with cancer. These are only two examples, but if we consider the many more preventive care visits that are not happening it becomes clear that we will see increased deaths because of a lack of preventive care.

This has become such a big concern for doctors that many of them are speaking out against this and hopefully we will see a policy response soon. As a Forbes article reports, at least six hundred doctors around the country are calling for an end to lockdowns, and their reasoning is in line with that of Dr. Scott. As Dr. Marilyn Singleton argued, “Ending the lockdowns are not about Wall Street or disregard for people’s lives; it about saving lives.”

Deaths Because of Hunger and Malnourishment

When the lockdowns started, many argued that it was worth giving up some economic growth in order to save lives. Unfortunately these people miss the point—that economic growth is what saves millions of lives around the globe every single year. We know that as economic conditions get worse many people around the world will struggle to meet their basic nutritional needs, which will lead to more deaths. In the New York Times,  Abdi Latif Dahir argues 265 million people will experience acute hunger in 2020. That will be nearly double the number of the year before. To put this in perspective, let us consider that poverty had been in decline since 1998. One may ask, Isn’t the economic downturn because of the COVID-19 crisis? As Ryan McMaken has noted, in previous similar pandemics we did not have the economic downturn we are experiencing now, so the answer is no. The downturn is due to the economic lockdowns, not the COVID-19 pandemic.

What is more, this is not a problem that only poor countries will face. Even though poor countries will be hit the hardest, we are seeing the consequences here in the US already. Consider, for instance, that “a survey…found 37% of unemployed Americans ran out of food in the past month and 46% said they worried about running out.” Although deaths directly caused by hunger may not be high in the US, we must keep in mind that malnourishment also harms our health and leads to more deaths in the long run.

The careful and concerned reader may argue that although it may be true that lockdowns cost human lives, COVID-19 does as well, so we had to implement the lockdowns. This is a good point, and it is not the purpose of this article to diminish the danger that COVID-19 poses to certain groups of people or downplay the hundreds of thousands of lives that have been lost. The point is that we must still consider the tradeoffs carefully, since both COVID-19 and lockdowns cost human lives. So, the answer is not as simple as it is sometimes presented by officials who are so eager to shut everything down.

If we do not correctly take into account the opportunity cost, in terms of lives that can be lost from lockdowns, then we will most likely continue to make bad decisions in the future. We need to look for alternatives, and instead of locking down the whole economy we should protect those who are the most vulnerable. But, even when we consider this solution we should keep in mind that centralized solutions hardly ever work for such complex issues and large countries like the US.

Dr. Klajdi Bregu is an assistant professor of economics at IU South Bend’s Judd Leighton School of Business and Economics and a fellow at the Center for Market Education. Prior to his appointment to the Leighton School faculty, Dr. Bregu taught at the University of Arkansas. He has published research in the Journal of Economic Dynamics and Control and the Southern Economic Journal

Riots and Protests from Portland to Jerusalem

We Must Continue to Drain the Swamps of Anti-Semitic Lies