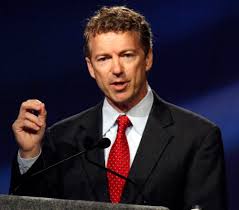 Senator Rand Paul (R-Ky.) roasted leading infectious disease expert Dr. Anthony Fauci during a Senate hearing on Monday over his recommendation to keep America in lockdown to slow the spread of the coronavirus.

Fauci declared that schools nationwide would not reopen in the fall, Paul took him to task during the virtual Senate hearing.

“I don’t think any of us are certain when we do these modelings, there have been more people wrong with modelings than right,” Paul told him. “We’re opening up a lot of economies around the U.S., and I hope that people who are predicting ‘doom and gloom’ and saying ‘oh we can’t do this, there’s going to be a surge’, will admit that they are wrong if there isn’t a surge, because I think that’s what’s going to happen.”

“In rural states, we never really reached any sort of pandemic levels in Kentucky and other states. We have less deaths in Kentucky than we have in an average flu season. It’s not to say this isn’t deadly, but really outside of New England, we’ve had a relatively benign course for this virus nationwide, and I think the one-size-fits-all that we’re going to have a national strategy and nobody’s going to go to school is kind of ridiculous.”

“But if we keep kids out of school for another year, what’s going to happen is, the poor and underprivileged kids who don’t have a parent that’s able to teach them at home are not going to learn for a full year, and I think we ought to look at the Swedish model and I think letting our kids get back to school – I think it would be a huge mistake not to open the schools in the fall,” he added.

Fauci pushed back against Paul’s remarks, saying he’s a “scientist” who gives advice “based on the best scientific evidence.”

“I have never made myself to be the ‘end-all’ and only voice in this,” Fauci said. “I’m a scientist, a physician and a public health official. I give advice according to the best scientific evidence. There are a number of other people who come into that, and give advice that are more related to the things you spoke about, about the need to getthe country back open again, and economically.”

Fauci, director of the National Institute of Allergy and Infectious Diseases, predicted the number of deaths in the U.S. would reach over 2 million, but the actual number is approximately 80,000. He also recommended Americans should stop shaking hands forever, and that the country shouldn’t open back up until a vaccine is available, which experts say could take a year. (NEWSWARS)