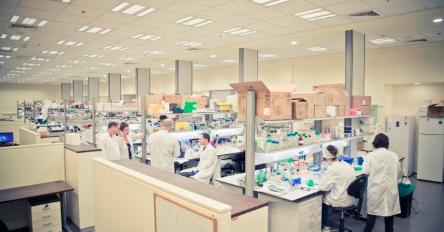 (TPS) Prime Minister Benjamin Netanyahu participated in the leaders’ conference on dealing with the Coronavirus (COVID-19) pandemic with the European Union’s (EU) leadership and leaders from other countries, at the personal invitation of EU Commission President Ursula von der Leyen.

The leaders’ summit focused on improving the international efforts to develop solutions for dealing with the Coronavirus, with an emphasis on developing and producing a vaccine and developing drugs and equipment for patients.

Leaders from around the world, senior officials from international organizations including the Gates Fund were in attendance. The leaders discussed fostering cross-country cooperation in finding medical tools in the struggle against the Coronavirus.

Netanyahu announced during the online meeting that Israel will invest $60 million in research and development in the fields of diagnostics, therapies and developing drugs and a vaccine for the Coronavirus.

Netanyahu told the conference that “defeating the global pandemic demands a global partnership.”

He noted Israel’s “relatively low” casualties from the virus which are the result of “early action to contain the disease, advance technology to locate those infected, first-rate medical professionals and a disciplined population that largely adhered to the mitigation policies” enacted by Israel.

He underscored that the epidemic “is far from over. At best, we’re only at the end of the beginning,” and Israel is now trying to find the “right balance” between protecting the health of its citizens by preventing another spike in infections while enabling the reopening of the economy.

He called on the European leaders to “work together on improving diagnostics, accelerating therapies and ultimately developing a vaccine.”

He expressed confidence that “Israel’s leading research institutions, its world-renowned scientists and our unique culture of innovation can enable us to play an important role in advancing solutions on all three fronts.”

Hours after the conference, the Israel Institute for Biological Research (IIBR) in Ness Ziona announced a significant breakthrough in finding an antidote to the Coronavirus.

The researchers have developed an antibody that attacks the virus uniquely and can neutralize it in a patient’s body.

“We hope to work with other countries to leverage our unique capabilities to find solutions for the benefit of all,” he said.