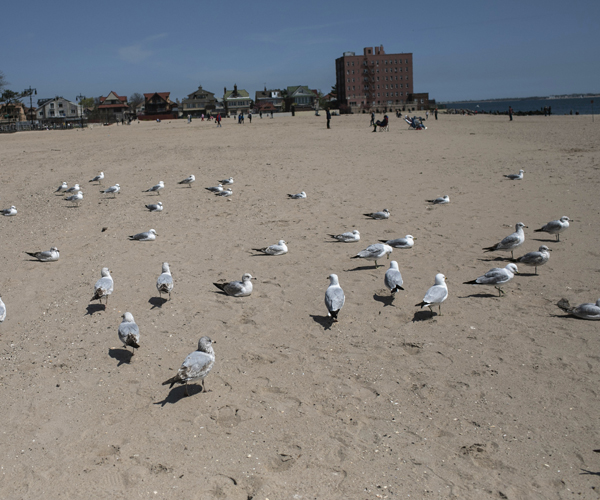 He emphasized that, if needed, he would put up fencing to prevent beaches from being used, CBS News reported.

“We’re putting fencing in and in reserve that could close off the beaches as needed,” the mayor said. “It’s certainly not something I want to d o… but we will be ready if we have to. So what you’ll see in the coming days is fencing put in place, ready to be implemented.”

De Blasio also stressed that he is upset at reports of the nice weather encouraging people to gather outside bars and at restaurants.

“I’m not comfortable at all with people congregating outside bars. It’s the same rule. If you start to form groups of people, and then you know two, three, five becomes six, becomes 10, it becomes 15. That violates what we’re saying about social distancing … and it puts lives in danger,” de Blasio said.

The mayor said the New York City Police Department would be monitoring the situation at bars to make sure such gatherings do not take place.

CDC: 25 Percent of Young Adults Have Considered Suicide Since Pandemic