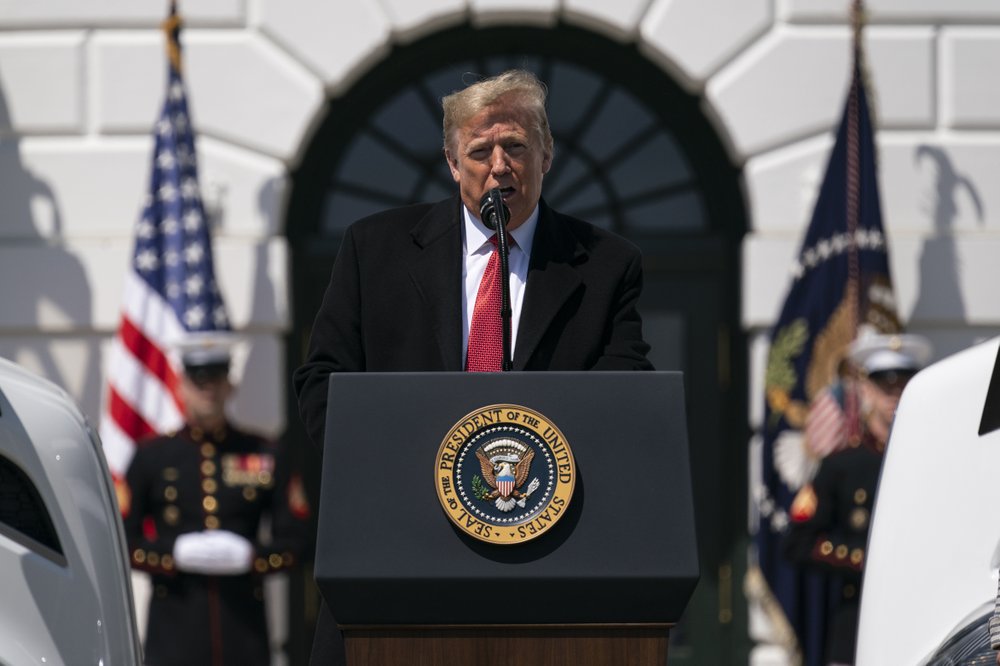 (VOA) The White House is targeting nine U.S. states that have recorded the fewest number of confirmed coronavirus cases to be among the first to reopen their economies.

Dr. Deborah Birx, the White House virus task force coordinator, said Wednesday night that the nine states all have fewer than 1,000 confirmed cases of the coronavirus and are recording fewer than 30 new cases a day.

The coronavirus has ravaged the United States and wreaked havoc with its economy, leading to more than 22 million layoffs of workers in the last four weeks.

President Donald Trump is pushing to reopen the country’s world-leading economy as quickly as possible, with May 1 his target date for parts of the country that have not sustained the impact from the coronavirus as the hardest hit regions, such as the New York metropolitan area.

Birx did not name the nine states, but her reference to the number of coronavirus cases appears to identify the states as among the least populated in the country, extending from the Atlantic coastal state of Maine to the Pacific island state of Hawaii. The seven others are Vermont and West Virginia in the eastern U.S., Arkansas in the southern part of the country, Nebraska and North Dakota in the Midwest and Montana and Wyoming in the West.

Perhaps the key reason why these states have had relatively few coronavirus cases is that they are among the 19 of the 50 states with the fewest number of people.

As such, people on the whole do not live in as close proximity to each other as is the case in major cities across the country and therefore the chances for person-to-person passage of the coronavirus are diminished.

The nine states collectively have only five cities that are among the 300 biggest in the U.S.

(AP)  The Trump administration has announced it will provide $5 million to the Palestinians to help them combat the coronavirus pandemic.

It’s the first new U.S. assistance to the Palestinians since the administration slashed and then virtually eliminated all aid to them as it moved to coordinate its policy with Israeli Prime Minister Benjamin Netanyahu.

U.S. Ambassador to Israel David Friedman announced the move in a tweet on Thursday. He said the money would go to Palestinian hospitals and households to “meet immediate, life-saving needs in combating COVID-19.” He said the United States “is committed to assisting the Palestinian people” during the crisis.

Friedman has been a main proponent of the administration’s pro-Israel stance, promoting the recognition of Jerusalem as Israel’s capital, moving the U.S. embassy there from Tel Aviv, eliminating American assistance to the Palestinian Authority and ending funding for the U.N. agency responsible for Palestinian refugees.