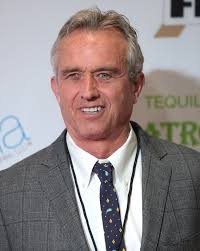 Robert F. Kennedy Jr., son of Robert and nephew of John F. Kennedy, said that the National Institute for Allergic and Infectious Diseases (NIAID), Dr. Fauci’s agency, will collect 50% of all royalties from a potential coronavirus vaccine.

The Gates Foundation invests in Dr. Fauci’s NIAID as part of its Decade of Vaccines program which aims to introduce a Global Vaccine Action Plan., as per Irish Central

The four major vaccine manufacturers in the US are Pfizer, Merck, GlaxoSmithKline, and Sanofi, and if one of those four companies successfully develops a Coronavirus vaccine, Fauci and the NIAID stand to collect half of the royalties, according to Kennedy Jr.

Kennedy Jr said that Dr. Fauci owns a patent for a specific type of vaccine that packages a virus in a protein sheet.

Several media outlets have “debunked” his claims. It is up to you to decide the validity of RFK’s claims.

RFK JR, is well known for his controversial viewpoints, but has been consistent his entire career

Click this link to listen to this explosive podcast