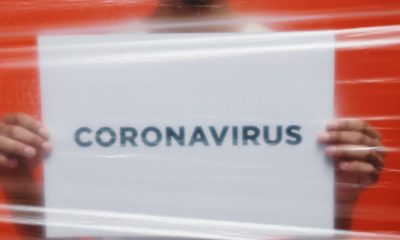 Every day thanks to quality journalists and investigators, who are un-compromised by the relentless narrative to “blame Trump” we are getting closer to the truth about Covid-19

Over the last week we saw The Epoch Times release a documentary which traced the origin of the experiments taking place in the Wuhan Institute of Virology , then the Daily Mail released a report which showed the WIV  undertook experiments on bats  captured more than 1,000 miles away in Yunnan – funded by a $3.7 million grant from the US government in 2011 and how the sequencing of the Covid-19 genome has traced it to bats found in Yunnan’s cave.

Only yesterday, mainstream news source The Associated Press, released a major report  showing how the Chinese government delayed 6 entire days before warning the public about the pandemic.

Secretary of State Mike Pompeo has demanded that China ‘come clean’ following reports that coronavirus originated in a Chinese laboratory, not as a bioweapon, but as part of bungling experiments to prove that Chinese scientists were superior to Americans in identifying emerging virus threats.

After word of the outbreak finally became public, Chinese leaders were quick to blame Wuhan’s ‘wet market’ where wild animals — though not bats — are sold for consumption, leading one source to tell Fox News the debacle is the ‘costliest government coverup of all time.’

Sources who have been briefed on the early actions of China’s government and seen relevant materials believe the virus was initially transmitted from a bat to a human and that “patient zero” worked in the Wuhan laboratory.

Patient zero’ worked at the Wuhan lab, and spread the virus into the local population after leaving work, sources who had been briefed on intelligence told the outlet.

The WHO is still telling the public that it spread directly from the “wet market” to the public.

‘What we do know is we know that this virus originated in Wuhan, China,’ Pompeo told Fox News on Wednesday evening. ‘We know there is the Wuhan Institute of Virology just a handful of miles away from where the wet market was. There is still lots to learn. The United States government is working diligently to figure it out.’

“There were] a lot of cases [and] a lot of movement; a lot of travel around the world before the Chinese Communist Party came clean about what really transpired there,’ the secretary of state continued. ‘These are the kinds of things that open governments [and] democracies don’t do. It’s why there’s such risk associated with the absence of transparency. We need it still today.’

This all broke yesterday after President Donald Trump said  the U.S. is trying to determine whether the coronavirus first crossed to humans accidentally during experiments with bats at the Wuhan Institute of Virology Lab.

One lesson to be learned is that when TV talking heads on CNN and MSNBC are saying something is a “right wing conspiracy”, whatever they are discounting is usually very close to the truth.