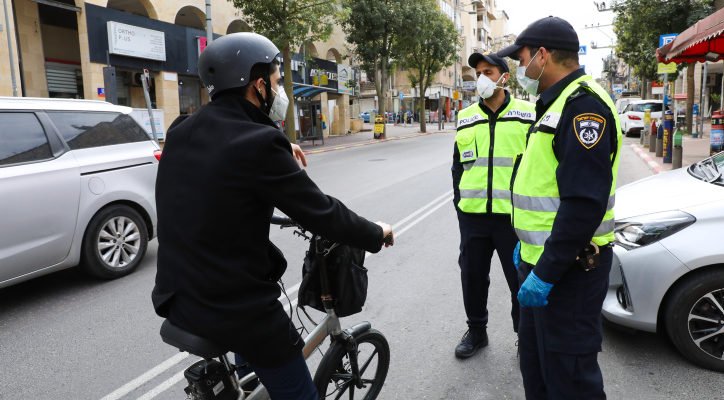 Bnei Brak, the city of ultra-Orthodox, or haredi, Jews has seen the highest infection rate of coronavirus. In order to protect its more vulnerable residents, the elderly, Israeli government ministers decided on Thursday to approve an operation to move thousands of them out of the city.

Interior Minister Aryeh Deri and Defense Minister Naftali Bennett decided that 4,500 residents 80 years-old and above will be taken to special quarantine hotels where they will ride out the pandemic in better health circumstances than if they remained in the city where the coronavirus rages.

An entire IDF division, the 98th, has been deployed to Bnei Brak. It will help with the transfer.

Reports say the government debated imposing a total lockdown of the city but decided against it for the time being. Channel 13’s Barak Ravid reports that Minister of Public Security Gilad Erdan has prepared an emergency ordinance for the government’s approval that would give it the power to declare Bnei Brak and cities like it “restricted areas.”

According to Ministry of Health statistics, one out of seven confirmed coronavirus patients in Israel are residents of the city of Bnei Brak.

Ran Sa’ar, CEO of Maccabi, one of Israel’s largest health providers, made a shocking declaration on Thursday, estimating that 38 percent of Bnei Brak residents, or 75,000 people, are infected with the coronavirus.

Haredi cities, especially Bnei Brak, were late to take action in the face of the fast-spreading pandemic. The strictly religious haredi community shuns televisions, smartphones and the internet. Partly for this reason the warnings of the government reached them late.

The haredi community was also more susceptible to the virus’s spread given its emphasis on communal prayer and other activities that brought hundreds together.

It was only at the start of this week that a change in behavior began to be noted within the city. The change has been credited to the call from community leaders to follow the Health Ministry’s guidelines.

On Sunday, for example, Rabbi Chaim Kanievsky, the leader of the Ashkenazic haredi, ordered his followers to pray in private, a remarkable decision given the religious injunction to pray in groups of 10.

The community also saw the toll coronavirus took among its co-religionists in Orthodox Jewish neighborhoods outside of Israel in places like Brooklyn.(World Israel News)

Top Palestinian official: Third intifada could ‘absolutely’ be on the way