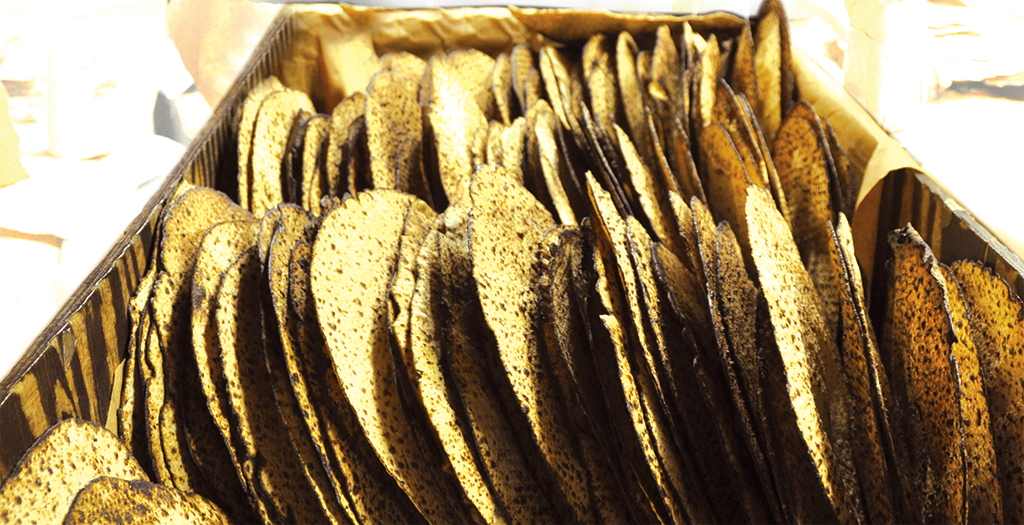 There was a definite connection between the procurement of Matzot for Passover for the beleaguered Jews of the Soviet Union and their struggle for liberation from oppressive rule.

An announcement made in the Moscow Central Synagogue on March 16, 1963, that state bakeries would not provide Matzot caused great disappointment. Congregants were advised to bake Matzot at home. But that would not suffice in providing for the great need.

A year earlier, the Soviet government officially prohibited the distribution of matzot throughout the Soviet Union. In response, Jews around the world began to raise their voices in protest.

That year, in 1962, several hundred Jewish students from various New York colleges marched silently for two hours in front of the Soviet UN Mission in Manhattan in protest against the ban.” In their released statement, they called the Soviet prohibition part of a “larger official attempt to destroy the bond between Soviet Jewry and the traditional roots of Judaism which have a national historical significance.”

That year, the Soviets did not comply with efforts to persuade them.

The next year, the Soviets appeared to express willingness to make some concessions. A month before Passover, Soviet diplomats abroad responded to Jewish religious leaders’ inquiries on the matter of matzo.

In Washington DC, on February 7, Genardy Gavrikov, a Secretary of the Soviet Embassy in Washington stated that Jews in the USSR would be entitled to bake Matzot after a meeting with Rabbi David Hill, president of the Young Israel organization.

One month later, during a two hour visit to Jerusalem’s Heichal Shlomo Synagogue, the Soviet ambassador to Israel, Mikhail Bodrov, wearing a kippa on his head, said he would look into the matter of the refusal of Soviet authorities to allow the import of Matzot for Passover.

The following week, on March 24, the New York Board of Rabbis representing the Orthodox, Conservative and Reform, appealed to the United Nations Commission on Human Rights requesting that Jews be allowed to bake and import Matzot.

Would home baking of Matzot be permitted? Could it suffice? Private homes were inadequate for baking and supplying sufficient quantities. At the same time, there were additional arrests and incarcerations of individuals who were found baking matzot. That week, eight Jews were reportedly arrested in Moscow baking Matzot and their equipment was confiscated. This gesture was essentially cosmetic and the outcry from voices in the West intensified.

Would the Soviets permit Matza on Passover?

Chief Rabbi of England Rabbi Israel Brodie appealed to Soviet authorities “in the name of Anglo-Jewry” to permit Jews have matzot for upcoming holiday. He asked Soviet authorities “to permit the basic religious requirement to be performed in an adequate and satisfactory manner.”

That Passover, a special prayer added to the seder by Rabbi Brodie, articulating the increasing identification of World Jewry with the plight of their brethren. “Behold this Matzo, the symbol of our affliction but also of our liberty. On this festival may our hearts be turned to our brothers and sisters in Russia who were not permitted to bake Matzo and to celebrate this Passover.”

The World association Jewish Students appealed to the UN Commission of Human Rights to intervene for the release of Jews arrested previous week for baking Maztot.” Their message also protested against the ban on Matzot.

As Passover approached, twelve major American Jewish organizations expressed readiness to send a planeload of Matzot. They urgently requested the consent of the Soviet government to approve this undertaking.” The Soviets did not concede.

As Passover began on April 8, a story appeared in Jewish Telegraphic Agency on April 10, that the Moscow Central Synagogue was crowded but “few were in a position to secure Matzot.”

The efforts did not seem to have had an impact! The Soviet response seemed once again to be ‘Nyet!’

Perhaps, just as the Egyptian Pharaoh who would not buckle under the pressure of the plagues, the Soviets were not yet ready to concede to world pressure to grant religious freedoms to Soviet Jewry.

But Jewish activists wanted results. With the arrival of 1964 as the outcry grew, the Soviets responded. Just prior to Passover in 1964, the Moscow Jewish community was permitted to rent a small bakery to bake matzot. By 1965, some synagogues in major cities were also permitted to be used for baking matzot.  Jews were also allowed to receive individual packages of over ten thousand pounds of matzot sent from abroad. By 1966, bans were lifted in some capitals of the Soviet republics and in the regions within the Soviet Southern republics that possessed Jewish communities.

By 1969, the Soviets eased more restrictions and matzot were readily available.

The easing of other restrictions accompanied the easing on Matzot.  In 1971, thousands of Jews would be permitted to leave for Israel. In subsequent years, the numbers of emigrants increased. The iron curtain was opening.

Glenn Richter, one of the founders of the activist Student Struggle for Soviet Jewry in 1964, relates, “We had the definite feeling that there was an effective ban by the Kremlin producing sufficient Matza and what little occurred was largely for show to the West. We well remember the effective ban the previous year, 1963, and that certainly pushed our actions a year later.”

The Soviet’s easing on matzot restrictions was part of a trend of concessions to international pressure. In a sense, it was Matzah, and the Jewish drive and persistence to fulfill the obligation of partaking of Matzah on Passover that helped to open the doors to freedom for many Soviet Jews. Matzo had a special role in ancient Egypt as the Israelites departed and in the USSR during the Soviet Jewish struggle for freedom.

Larry Domnitch lives with his family in Efrat. He is the author of “The Impact of World War One on the Jewish People” recently released by Urim Publications.

The Seven Heroes of Sukkot