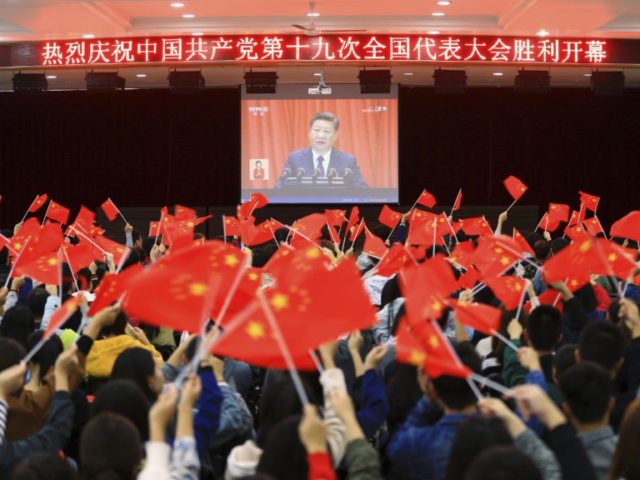 The world is now in the midst of a virus pandemic the likes we’ve not seen in 100 years. It transcends borders No one is immune. Rich and poor have tested positive. Its victims so far have included British PM Boris Johnson, Prince Charles  opera star Placido Domingo and actor Tom Hanks. And when it will peak, no one knows. This disease has paralyzed the world. And where did it originate? China. That dictatorial state of over one and one half billion souls owns that disease’s title, “The Chinese Virus.” However, the corrupt World Health Organization (WHO), an agency of the criminal United Nations, long ago bought out by the Chinese Communist Party (CCP), has officially named this disease, the COVID-19 virus, thereby removing the “Chinese” stigma from headlines.

The world’s media, also swooning under the Chinese “pay for play,” has jumped on the bandwagon and points its stiletto-like  finger of racism  against all who refer to this disease as “Chinese.” But let’s get something straight. By labeling this disease as the Chinese Virus, we are not in any way being racists. We’ve had Lyme disease, referring to an outbreak  50 years ago in Lyme, Connecticut. Then there were the Asian flu and Hong Kong flu. Names indicating the suspected sources of these diseases and have only to do with their areas of suspected origin, not placing blame on cities, nations or people. Got it?

The WHO and its media cohorts are tragically trying to clear their Chinese patron of any wrongdoing in not only manufacturing this virus in the military bio labs situated in the Chinese city of Wuhan, but keeping its deadliness and ease of contagion from the rest of the world. Experts mark the outbreak of this virus as early as last October, months before the Chinese raised the alarm about the threats posed by this deadly disease.

Any Chinese scientists and journalists who attempted to ring the warning bell, were arrested and any news reports of this disease and its contagiousness were squelched by the CCP. The rest of the world was blindsided by the combined criminality of the CCP and the WHO. For months, thousands of contaminated travelers from Wuhan were permitted to spread this disease around the world causing tens of thousands of deaths, countless victims to suffer and economies of countries destroyed all because of what has to be understood to be the plan of China to rule the rest of the world by crippling what it considers to be its major enemy….the United States.

The world will surely emerge from this situation. Without doubt it will be a different one. It would take more brilliant minds than ours to prophesize in what ways. But one thing is clear. We must keep a cautious eye on China. It is now run by evil leaders who care very little for their own people and less for the rest of the world.Recall that families were officially only permitted one child.  How many female babies were killed by state order? They use nations by corrupting them with money. Most of the UN agencies are now in their pocket.

We must wake up to their threat. We must out our own elected officials together with their families and associates who are on their payroll. Surely we are the target in their crosshairs. When this dilemma is over, we must demand that the essential products we need to maintain and  protect ourselves medically and militarily are produced solely in this country by our own hands. No longer can we be dependent on a foreign power to supply us with our essentials. We are now energy independent. Let’s take it a couple of steps further.