The Danger of Bernie Sanders - The Jewish Voice

The Danger of Bernie Sanders 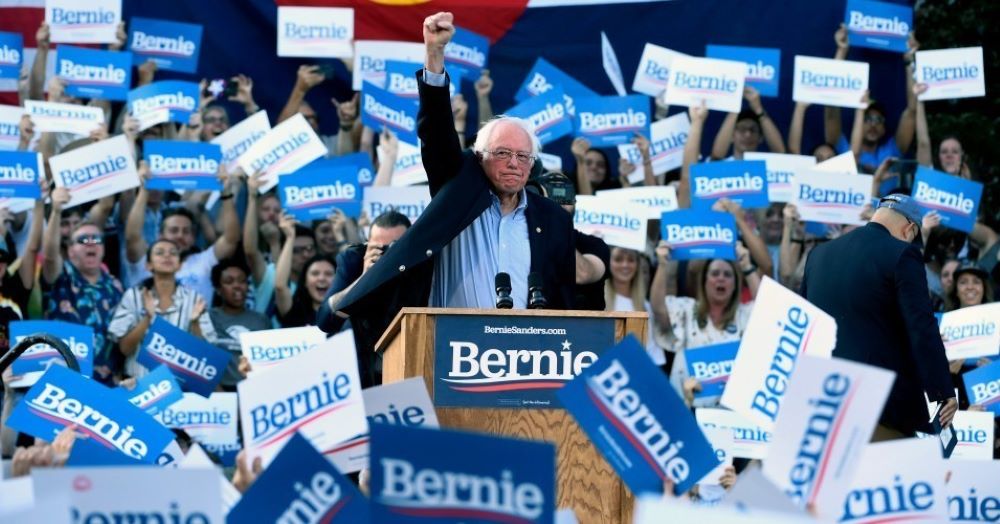 Jewish Democrats are up the proverbial tree if Bernie Sanders ends up being their party’s presidential candidate. He is an enigma to Jews of all political stripes because of his overt antipathy to Israel, its policies and its current leader. Throw in his embrace of those who are openly proud Jew haters. Jews have consistently been supporters of the Democrat Party since FDR came on the scene nearly 90 years ago. Now, with Sanders heading the candidate pack, many are having serious doubts about the kid from Brooklyn as top dog of the party. And rightly so!

A February poll by the impartial Jewish Electorate Institute found that although Jews largely remain Democrats, 45% of them had an unfavorable view of Sanders as president. Democrat insiders are concerned about these numbers in strategic states such as Florida, Illinois, New Jersey and  Pennsylvania, where Jews turn out in large numbers to vote and their votes could also turn around the House in areas where they live. And don’t forget that, according to the Jewish Business News, 50% of all donations to the Democrat Party come from Jews. All problems to face if Sanders is the eventual  candidate.

Sanders has made a career out of turning his back on his people, his faith and his heritage. Long ago, as a student at Brooklyn College and then the University of Chicago, Bernie embraced socialism, and became embroiled in the far-left wing radical path in terms of solving social issues. He also learned that Israel was soon to become the “bogeyman” of the Middle East in the eyes of the radical leftists which he now swore allegiance to and did everything in his power to distance himself from the establishment Jews.

We’ve got to face the reality that while Bernie falsely states that he “is a proud Jew,”  why did he shun this year’s AIPAC conference while proudly steaming up J Street’s annual event with his Israel bashing words? And why do his vehement backers include the two Jew hating congresswomen, Ilhan Omar and Rashida Tlaib? Linda Sarsour, the Democrat Women’s March leader is a major factor on his campaign staff. His selection for co-chair of his Virginia campaign is Abrar Omeish, who served as president of the Muslim Brotherhood founded, Muslim Students Association.

Would these professional Jew haters attach themselves and support a candidate who would look upon and treat Israel favorably as a partner were he to occupy the White House? Not only has Bernie stated that he would consider moving our Embassy out of Jerusalem to kiss up to the Palestinians but he has labeled Israel as a “racist state”  and threatened to stop U.S. monetary and military aid to the Jewish nation if he were elected. And getting back to this week’s AIPAC shindig, Israel’s Ambassador to the UN, Danny Danon, referred to Bernie Sanders as, “a liar, an ignorant fool or both. We don’t want him in Israel!” If Bernie is not wanted in Israel, we don’t want him in the White House. Remember that if he’s on the ticket in November.