Netanyahu: Let’s Carry This Momentum Through - The Jewish Voice

Netanyahu: Let’s Carry This Momentum Through 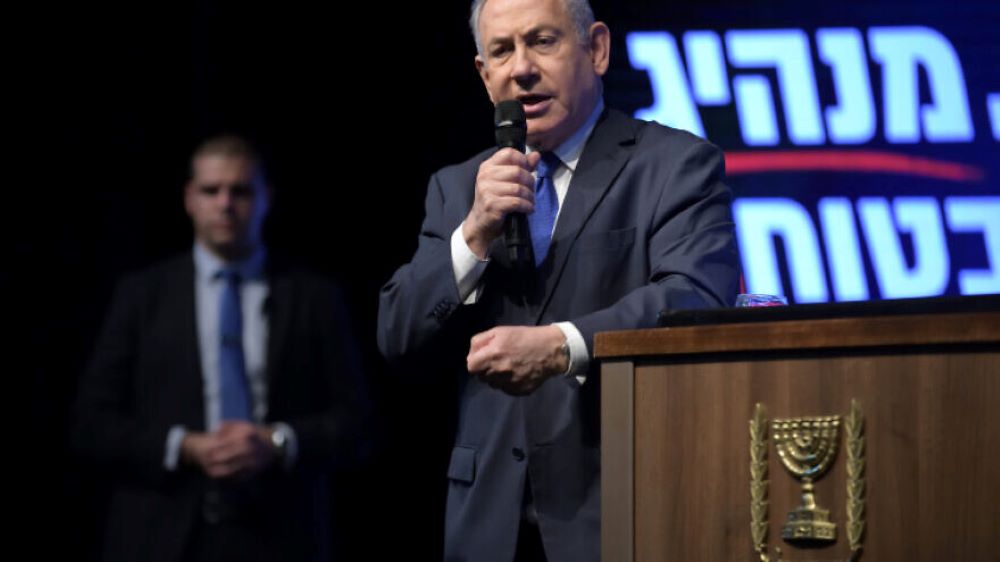 Ahead of Israel’s March 2 elections, Israeli Prime Minister Benjamin Netanyahu calls on the Israeli public to vote for Likud and ensure that Israel’s security, political, diplomatic and economic objectives are met

My fellow Israelis, we are very close to winning the elections. We need two more mandates to win the election, resolve the political logjam and establish a strong right-wing government.

I ask you to go out and vote for the Likud under my leadership, for Israel’s sake.

Casting a ballot for anyone but Likud means one of two things will happen: We will face either a fourth election or a left-wing government comprising Blue and White, Meretz and Yisrael Beiteinu, and it will be dependent on the Joint Arab List and Ahmad Tibi.

This government will be dangerous for Israel. We must not gamble away Israel’s security!

A vote for Gantz or Lieberman is a vote for a government that will endanger Israel’s security because it will depend on Ahmad Tibi and his partners. Only a vote for the Likud under my leadership will prevent a fourth election and stop a dangerous government from being formed.

Over the past three decades, I have led a determined battle, in the face of tremendous pressure, against retreating to the 1967 lines—something that would jeopardize our very existence. I fended off the pressure exerted by the Clinton and Obama administrations, rectified the damage inflicted by the 1993 Oslo Accords and produced the best decade in the history of the country in terms of security, diplomacy and the economy.

Our economic growth is at an all-time high, as is the GDP per capita, tourism and exports. Unemployment is at an all-time low. We have connected the periphery to central Israel through a network of roads and railways.

Recently, Israel was ranked as one of the 10 strongest countries in the world. Now, I intend to pursue extensive reforms to lower the cost of living and promote massive investments in the health-care system.

In the three years since President Trump took office, we have gone from fending off international pressures to the recognition of our rights and cementing our future.

Now, after strenuous work with the U.S. government, I plan on introducing a defense pact with the United States and applying sovereignty over the Jordan Valley, all Israeli communities in Judea and Samaria, and about 30 percent of the area. This historic opportunity cannot be missed.

My fellow Israelis, it is solely up to you. We are only two mandates away from victory. If you vote, we will win. Anyone who wants a right-wing government under my leadership must vote for Likud.

Grant my government and me the power to carry this momentum through and bolster our future. (JNS.org)

Benjamin Netanyahu is the prime minister of Israel.