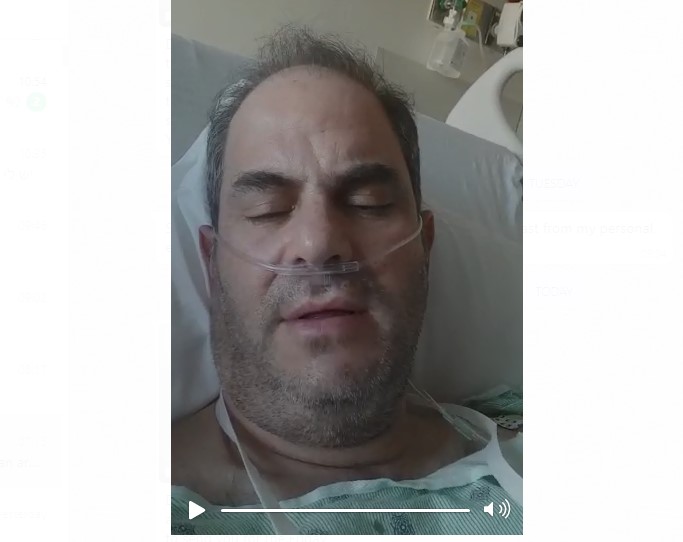 Eli Beer, the president of the United Hatzalah emergency medical services organization in Israel is in the intensive care unit of a Miami hospital being tested for coronavirus, according to published reports on Thursday.

Eli Beer told The Jerusalem Post, “I am in the ICU and waiting for results tomorrow, but most probably I do have it.”

Yeshiva World News also spoke with Beer who has pneumonia in addition to the virus. He has a fever, shortness of breath and general weakness. His vital signs are B”H stable.

Beer was on a fundraising trip when he got a fever and checked himself into the hospital, according to the Jerusalem Post.

“Eli Beer, who was scheduled to return to Israel, stayed in the United States to raise money to provide for the significantly increased demand for United Hatzalah’s services in Israel during this crisis,” said United Hatzalah of Israel chairman Mark Gerson, as was reported by the Jerusalem Post. “He attended a Purim event in Miami, where many people became stricken with COVID-19.”

The JPost reported that a spokesperson for United Hatzalah said that the diagnosis Beer has been given so far is “pneumonia with a suspicion of coronavirus.”

The organization did not disclose which synagogue’s event Beer attended.

YWN reported that: “Unfortunately, reports on social media have incorrectly spread rumors that Beer contracted the virus from a specific person. This is 100% false and hurtful to both this prominent individual and his family, as well as to Eli Beer. It is unknown where Beer got the virus.”

Beer can be seen in the video attached here speaking from his hospital bed in Miami. Addressing his supporters in Hebrew, he speaks of the problems in the Israeli Ministry of Health and the fact that the job being done by Health Minister Yaakov Litzman is much less than adequate in dealing with the rapidly spreading Coronavirus.

Beer also addresses the agenda that MK Litzman has in terms of attempting to sabotage the efforts to save lives each and every day in Israel by the members of United Hatzalah.

According to a YWN article that was posted in February of 2019, Litzman apparently has taken measures to promote Magen David Adom.

In December of 2018, it was reported by YWN that Litzman  sent a letter asking Communications Minister Ayoob Kara to close the emergency number “1221” for United Hatzalah’s Dispatch and Command Center.

According to reports in Kan News, the letter issued by Litzman, states that it was sent to Minister Kara at the behest of Magen David Adom’s lawyers and that the Ministry sides with MDA and believes that United Hatzalah should not have an emergency number.

FDA Updates on Hand Sanitizers Consumers Should not Use