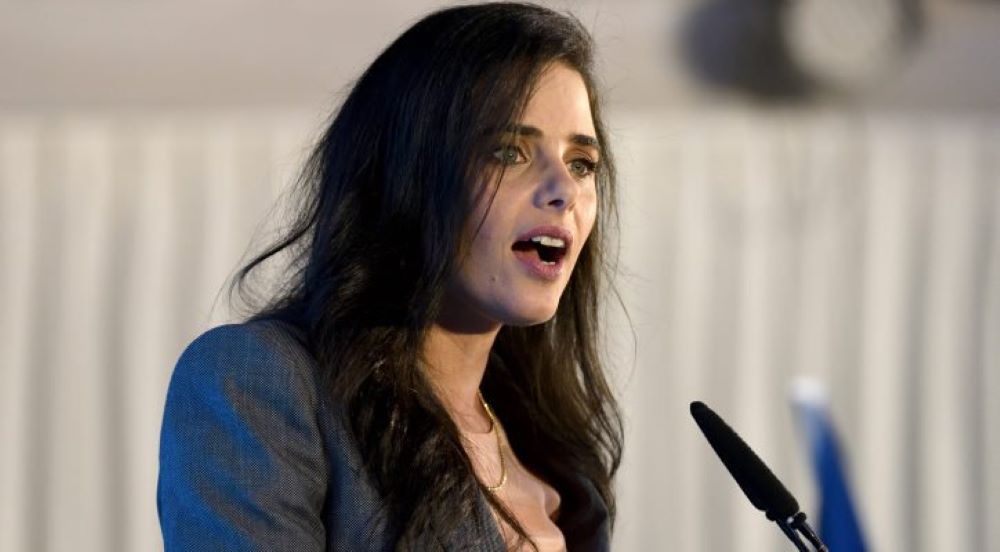 “Most of the MKs of the Joint Arab List don’t believe that Israel should be a Jewish and democratic state,” Shaked said.

Yemina party leader Ayelet Shaked slammed Blue and White’s recent decision to form a minority government with the outside support of the Joint Arab List by calling it a “sign of moral bankruptcy.”

“The very fact that they are seeking to form such a government is a sign of their moral bankruptcy,” Shaked told 103 FM on Tuesday. “Most of the MKs of the Joint Arab List don’t believe that Israel should be a Jewish and democratic state.”

“We can establish a unity government [without the support of the Joint Arab List if the large parties] come to their senses and realize that the concept of a minority government is dead in the water,” she said.

Shaked said she supported Arab-Israelis but not their representative leaders who seek to delegitimize the State of Israel.

“I did things for [Arab citizens] that no one did before. I was the first person to set up a court in an Arab city, and I appointed the first-ever female Qadi [magistrate] in a Sharia court here,” Shaked said in reference to her time serving as the country’s justice minister.

When asked if any Blue and White members may defect to Netanyahu’s right-wing camp, Shaked said she would not divulge such information (if there is any) to the media.

In spite of pre-election promises, Gantz moved forward on Tuesday with his plan of teaming up with the Arabs by holding a working meeting with Ayman Odeh, chairman of the Joint List, and other representatives of the Arab parties.

Following the meeting, Odeh said that he is committed to ending “Netanyahu’s legacy.”

However, not all Blue and White party members are supportive of teaming up with the Arab parties.

Yoaz Hendel and Zvi Hauser, members of the center-right Telem faction of the Blue and White list, refused on Sunday to endorse the formation of a government supported by the Joint Arab List. (World Israel News)