‘A Great Victory’: Netanyahu, Israel’s Right-Wing Have Much to Celebrate - The Jewish Voice

‘A Great Victory’: Netanyahu, Israel’s Right-Wing Have Much to Celebrate 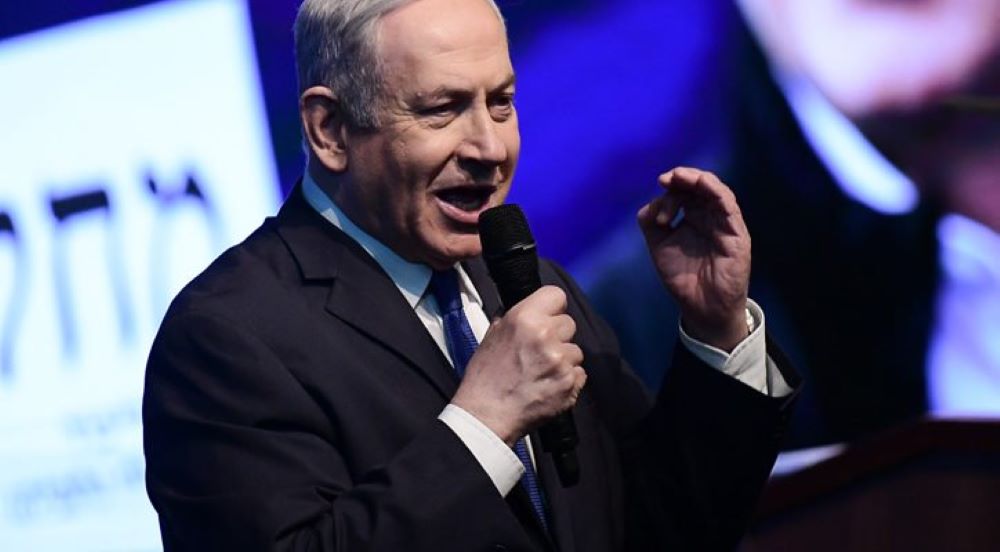 Netanyahu and Israel’s right will have much to celebrate, according to exit polls.

It’s an impressive gain for Likud, which presently holds 32 seats in the Knesset, Israel’s parliament

According to Channel 13, Netanyahu spoke with the leaders of his coalition parties, sending the message that it’s a “great victory” and he will establish “a strong, nationalist government.”

To the public, Netanyahu simply tweeted: “Thank you” with the emoticon of a heart.

Sixty-one is the magic number to form a government in the 120-seat Knesset.

It’s an impressive result for a prime minister facing corruption charges in three separate cases and whose trial is set to begin on March 17.

Netanyahu fought a tough campaign, generally considered his strongest of the last three elections. He veered rightwards, appealing to his base and promising to annex major portions of Judea and Samaria as well as the Jordan Valley. His strategy appears to have borne fruit.

Minister of Culture and Sport Miri Regev told Channel 13 that the Likud campaigned hard across the country. She called the results a “sweeping victory, and the right will establish the next government.”

The Likud party had trailed Blue and White through much of the three-month campaign with polls only showing them edging out the opposition party slightly in the last week. Polls then steadied in the last days before the election to a dead heat.

Netanyahu is the longest-serving leader in Israeli history. He has been a caretaker prime minister for more than a year as a divided country has weathered two inconclusive votes and prolonged political paralysis.

With opinion polls forecasting another deadlock, Netanyahu had sought a late surge in support to score a parliamentary majority along with other nationalist parties for a fourth consecutive term in office and fifth overall.

He faced a stiff challenge once again from Benny Gantz, whose centrist Blue and White party ran on a campaign message that the prime minister is unfit to lead because of the serious charges against him.

Netanyahu and his surrogates implied that Gantz wasn’t fit to be prime minister because he couldn’t handle the pressure, pointing to awkward mistakes that Gantz had made in public appearances, stuttering and stumbling over his words on more than one occasion.

The voter turnout – the highest in 20 years – and the surge for the right-wing comes as a surprise to Israel’s pundits as the electorate appeared apathetic up until election day. (World Israel News & AP)