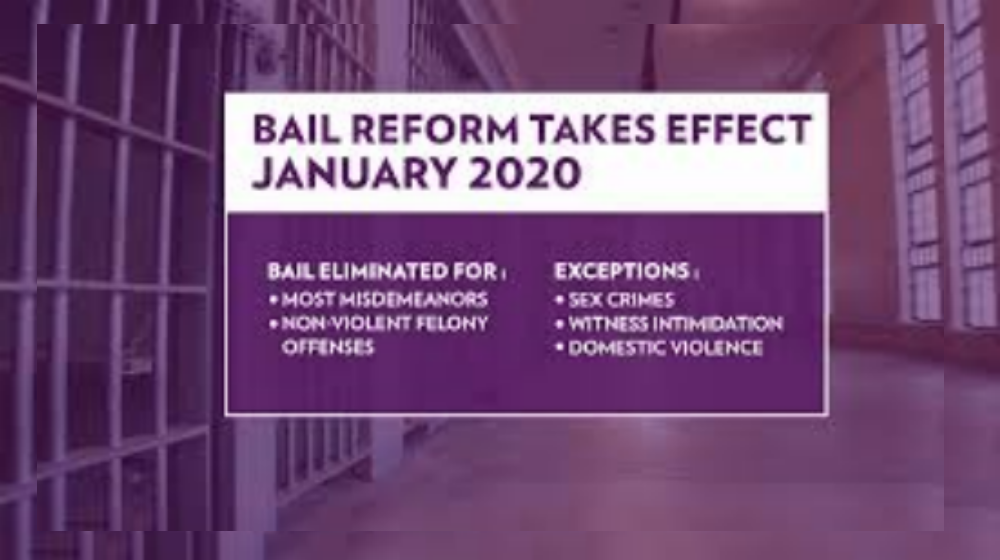 The New York Post stated: “A solid majority of state voters – 59 percent – now say that the elimination of cash bail for most misdemeanor and “non-violent” felony crimes is bad for New York, the Siena College poll found”

Only 33 percent of respondents said the law enacted Jan. 1 is good for New York.

There have been dozens of reports from local media highlighting violent criminals who were released without bail and went on to commit more crimes.

In one story, a 19-year-old thug named Elijah Hodge was released after his latest in a long line of arrests – for allegedly joyriding in a stolen car in Brooklyn. Hodge was previously charged with an attack on a plainclothes NYPD captain in Midtown last October. An NYPD source tells YWN that he was also charged in the attacks of six elderly Hasidic Jews who were walking to Shul in Williamsburg this past year.

Multiple arrests including attacks on Jews? No problem.

Meanwhile, 2 weeks ago, a psychopath randomly slashed a tourist leaving an IHOP restaurant in Harlem.

Khalief Young, an ex-con accused of slitting a French tourist’s throat in a random attack in Harlem is a neighborhood “neck slasher” who’s ducked justice at least twice, The Post reported earlier in February.

The bleeding-heart criminal justice gurus in New York City released this mentally ill felon several times. Young was busted in June for a Harlem deli slashing, and in October for allegedly pummeling a woman inside his apartment building, according to police sources and court records, the NY Post obtained.

Young was loose on the street to terrorize a French tourist Gabriel Bascou.

The Post reported: “The French photographer who had his throat slit on a Harlem sidewalk last week had just flown into New York to surprise his girlfriend for Valentine’s Day”

The romantic Frenchman was viciously attacked by the “neck slasher” of Harlem, a man evidently elitist liberal law makers, had deep compassion and sympathy for.

Some of the other disastrous results of the bail reform laws include Charles Barry, 56.

Barry has been arrested six times since the start of this year. He’s been released each time without having to post bail under New York’s new bail reform law since his alleged offenses were nonviolent, the New York Daily News reported.

YWN reported that in the past, Barry’s served several stints in state prison and has a lengthy record, including six felonies, 87 misdemeanors and 21 missed court hearings, the newspaper reported, citing court records.

“Bail reform, it’s lit!” Barry yelled to reporters Thursday outside the NYPD Transit District 1 headquarters in the Columbus Circle station before officers transported him to Manhattan Central Booking, as was reported by YWN. “

“It’s the Democrats! The Democrats know me, and the Republicans fear me. You can’t touch me! I can’t be stopped!”

“Mets tickets are on the way” several social media users quipped when the crimes of Barry were being discussed on social media.

After the law was approved last April, 55 percent of New Yorkers said bail reform was good and 38 percent said it was bad”

The first case is closed and sealed, and Young was cut loose without bail in the second, which is ongoing.