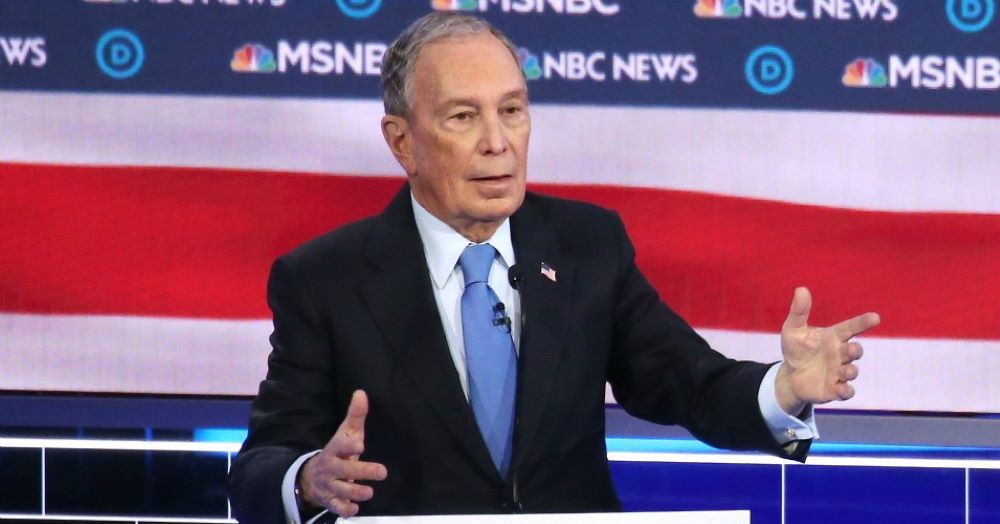 Well, the reviews are in — and sadly for former New York City Mayor Michael Bloomberg, what happened in Vegas hasn’t stayed in Vegas.

Instead, the entire nation got to see him get his 78-year-old butt kicked back and forth across the stage at the Democrat debate Wednesday night.

The reason is simple. Bloomberg has imperiously tried to buy the party’s nomination even as his history of misogynistic statements, racially-charged policing policies and “let them eat cake” demeanor have made voters bristle.

On the bright side, it’s only Republicans, Democrats, conservatives, liberals and independents – oh, also farmers and the media — who don’t like him.

Can you blame them? Just to be certain, when the debate ended I grabbed a dictionary and looked up the word “elitist.” Sure enough, there was a photo of Bloomberg right next to it. (His photo also graces the pages holding the words “smug,” “contemptuous” and “entitled.”)

Maybe I ought to buy a new dictionary — but then again, it’s the same one that political pundits and insiders across the spectrum are apparently using. Who knew that it was the diminutive former mayor who could finally bring a divided America together.

I wonder if they’ll mention that on Bloomberg News.

As Fox News recounted, “MSNBC’s ‘Morning Joe’ played a montage of Bloomberg’s ‘worst moments’ and Mika Brzezinski said he was ‘hard to watch.’ Lawrence O’Donnell said the billionaire suffered ‘the worst blows’ of the evening and an NBC News article co-bylined by Chuck Todd, Mark Murray and Melissa Holzberg said ‘the biggest individual news from the debate was Michael Bloomberg struggling to defend his stop-and-frisk record as New York City mayor, as well as the non-disclosure agreements his company settled with women.’”

“Cringe” doesn’t quite capture the full Ozymandiasistic quality. Remember the classic Percy Bysshe Shelley poem? “And on the pedestal, these words appear: My name is Ozymandias, King of Kings; Look on my Works, ye Mighty, and despair!”

Uh…… thanks Mike, but no thanks.

Said Joe Scarborough: “For a guy who is worth $55 billion and says he could run the world, he couldn’t even run his own microphone last night.”
CNN’s Van Jones: “It’s unanimous: a horrible night for Bloomberg….” His “dream scenario turned into a nightmare.”
Democrat David Axelrod: “… disastrous debut… the big loser.”
CNN’s Paul Begala: “Bloomberg lost.”
The Huffington Post: “…rude awakening.”
Vox: “… loser.”
Mother Jones: Bloomberg “got lit up.”
CNBC: the former mayor “took a beating.”
Donald Trump, Jr: “He spent half a billion dollars to look like a jerk.”
Ann Coulter: “Bloomberg ad: ‘I led a complex diverse city through 9/11 …’ Um, I think that was Giuliani. Dem primaries are getting to be like Nursing Home Bingo.”
President Donald J. Trump: “… worst debate performance in history.”

Nor did the humiliation end with the debate. The following day, it was reported that Bloomberg’s campaign staffers tweeted out a video of his performance that, as thehill.com phrased it, “was selectively edited to make it appear that his fellow candidates fell into a lengthy silence when he asked if any of them have started their own business.”

“Nothing beside remains. Round the decay
Of that colossal wreck, boundless and bare
The lone and level sands stretch far away.”