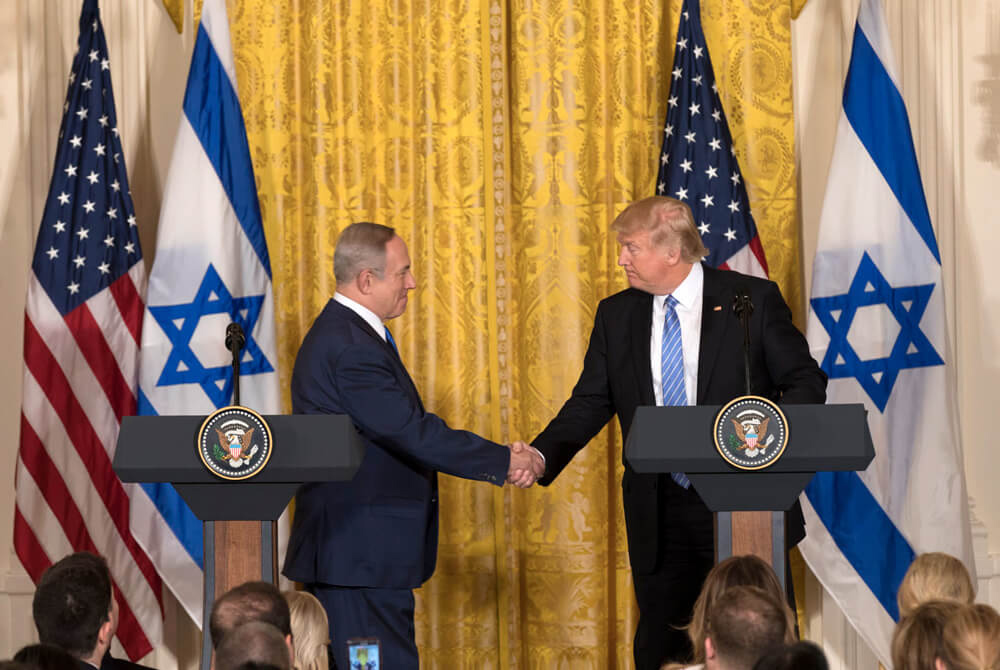 There are striking similarities, as well as important differences, between the investigations being conducted against American President Donald J. Trump by the US Congress, and Israeli Prime Minister Benjamin Netanyahu, who was just indicted.

The most striking similarity is that both are being investigated for actions that their legislatures have not explicitly made criminal. Moreover, no legislature in any country governed by the rule of law would ever enact a general statute criminalizing such conduct. The investigations of these two controversial leaders are based on using general laws that have never previously been deemed to apply to the conduct at issue and stretching them to target specific political figures.

Netanyahu has been indicted for bribery on the ground that he allegedly agreed to help a media company in exchange for more positive coverage and/or less negative coverage. There are disputes about the facts, but even if they are viewed in the light least favorable to Netanyahu, they do not constitute the crime of bribery.

Nor would the Knesset ever enact a statute making it a crime for a member of Knesset to cast a vote in order to get good media coverage. If such a law was ever passed, the entire Knesset would be in prison. Politicians always seek good coverage and many vote with that in mind. Some even negotiate good coverage in advance of voting. That is why they have press secretaries and media consultants.

Nor could a reasonable statute be drafted that covered Netanyahu’s alleged conduct, but not that of other Knesset members who bartered their votes for good coverage. That is why no legislature in a country governed by the rule of law has ever made positive media coverage the “quid” or “quo” necessary for a bribery conviction, and that is why the bribery indictment of Netanyahu should not be upheld by the courts.

Upholding a conviction based on positive media coverage would endanger both the freedom of the press and democratic processes of governance. Prosecutors should stay out of the interactions between politicians and the media unless specifically defined crimes, as distinguished from arguable political sins, are committed, and no one should ever be prosecuted for actions that were never made criminal, and would never be made criminal, by the legislature.

President Trump is also being investigated for alleged bribery. Originally the Democrats thought they could impeach him for non-criminal conduct, such as alleged maladministration, abuse of office or immoral conduct. I think they have now been convinced by me and others that no impeachment would be constitutional unless the President were found guilty of the crimes specified in the Constitution, namely, “treason, bribery or other high crimes and misdemeanors.”

So the Democratic leadership has now settled on bribery as an offence for which they can impeach President Trump. The problem with that approach — similar to the problem with the Israeli approach against Netanyahu — is that it is simply not a crime for a President to use his power over foreign policy for political, partisan or even personal advantage. Imagine Congress trying to pass a law defining what would constitute a criminal abuse of the foreign policy power, as distinguished from a political or moral abuse.

Presidents have even engaged in military actions for political gain. They have given aid to foreign countries to help themselves get elected. They have appointed ambassadors based not on competence but on past and anticipated future political contributions. None of these has ever been deemed criminal, and Congress would never dream of enacting a criminal statute that sought to cover such conduct.

Could it carve out a specific crime based on seeking personal political advantage rather than partisan political advantage? I doubt it. But even if it could parse such a statute, it has not done so. And if it has not done so, neither Congress nor prosecutors can seek to criminalize the exercise of a President’s foreign policy power on the ground that they do not like the way he used it or even if he abused it.

The central aspect of the rule of law is that no one may be investigated, prosecuted or impeached unless his conduct violates pre-existing and unambiguous prohibitions. Neither Congress nor prosecutors can make it up as they go along, because they, too, are not above the law.

Now to the differences. Israel is a parliamentary democracy in which the Prime Minister can be removed by a simple vote of no confidence. There is no requirement of, or need for, an impeachment mechanism. The United States, on the other hand, is a Republic with separation of powers and checks and balances. The Framers, led by James Madison, saw the impeachment power as central to preserving our Republic and not turning it into a parliamentary democracy. That is why they rejected a proposal that would have permitted impeachment on the ground of “maladministration.” Such an open-ended criteria, according to Madison, would have resulted in a situation in which the President served at the will of Congress. That is why Madison insisted on the specific criteria for impeachment that the Framers ultimately accepted.

Although the differences between Israel and the United States are significant, they share in common the rule of law. Under the rule of law, properly applied, neither Netanyahu nor Trump should be deemed guilty of bribery.

Alan M. Dershowitz is the Felix Frankfurter Professor of Law Emeritus at Harvard Law School and author of The Case Against the Democratic House Impeaching Trump, Skyhorse Publishing, 2019, and Guilt by Accusation, Skyhorse publishing, 2019.

Will There Be a 5-4 Supreme Court on November 3rd?

The NYT is Proud That it Released Trump’s Tax Returns, but it Shouldn’t Be