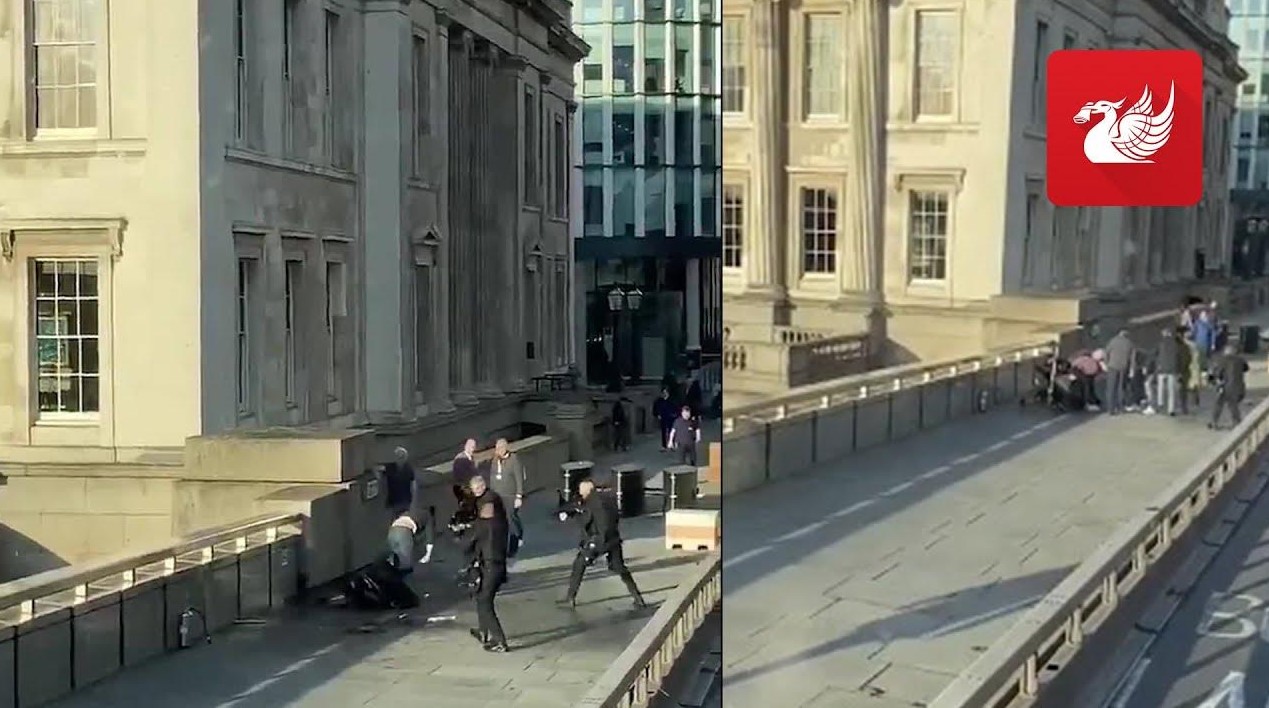 Stabbing attacks have become an epidemic in London since voters elected the city’s first Muslim mayor, Sadiq Khan. And now there has been another one.

Police shot and killed a man suspected of stabbing several people there on Friday. Authorities later ruled it to have been a terrorist attack.

Assistant Commissioner Neil Basu told a press conference outside the Metropolitan Police headquarters that the attack on London Bridge had been declared a terrorist incident, according to NBC News,

“A male suspect was shot by specialist armed officers from the City of London Police and I can confirm that the suspect died at the scene,” he noted. “A number of other people received injuries during this incident — as soon as we can provide an update on their conditions we will… I can confirm at this time we believe a device that was strapped to the body of the suspect was a hoax device. Officers continue to carry out meticulous searches in the area to ensure there is no outstanding threat to the public.”

“The attack was first reported just before 2 p.m. (9 a.m. ET). Soon after, Transport for London confirmed that London Bridge station, a major terminal for commuters across the southeast of England, was closed,” NBC said. “At the same time, the London Ambulance Service declared a major incident and confirmed it had a number of crews at the scene.”

Several passersby at the scene bravely wrestled the terrorist to the ground on London Bridge before disarming him and fleeing as bobbies open fired. One man, the DailyMail reported, “risked his own safety by running through the traffic and jumping through a central partition to tackle the alleged knifeman, while others also rushed to help him. The man had been walking on the other side of London Bridge and disarmed the alleged attacker, he was one of six who disarmed the man before police took control of the situation. Dramatic footage shows what appears to be a struggle on the floor before an armed police officer unloads a series of round at the alleged knifeman lying on the floor.”

Prime Minister Boris Johnson held an impromptu press conference and said, “Anybody involved in this crime and these attacks will be hunted down and will be brought to justice. This country will never be cowed or divided or intimidated by this sort of attack, and our values — our British values — will prevail.”

Johnson “said he would stop his own campaigning this evening and he would be reviewing the matter in the next few hours. In the middle of the 2017 election, campaigning was suspended across all parties after a terrorist attack,’ Yahoo News reported. “I urge everyone to be vigilant and one cannot help but think back to what happened in 2017 in a similar part of the city, and I hope people as fast as possible will be able to go back to their business,” he said.

Iran declines to Disclose Cause of Mysterious Nuke Site Fire

US, Russia share a complex and bloody history in Afghanistan