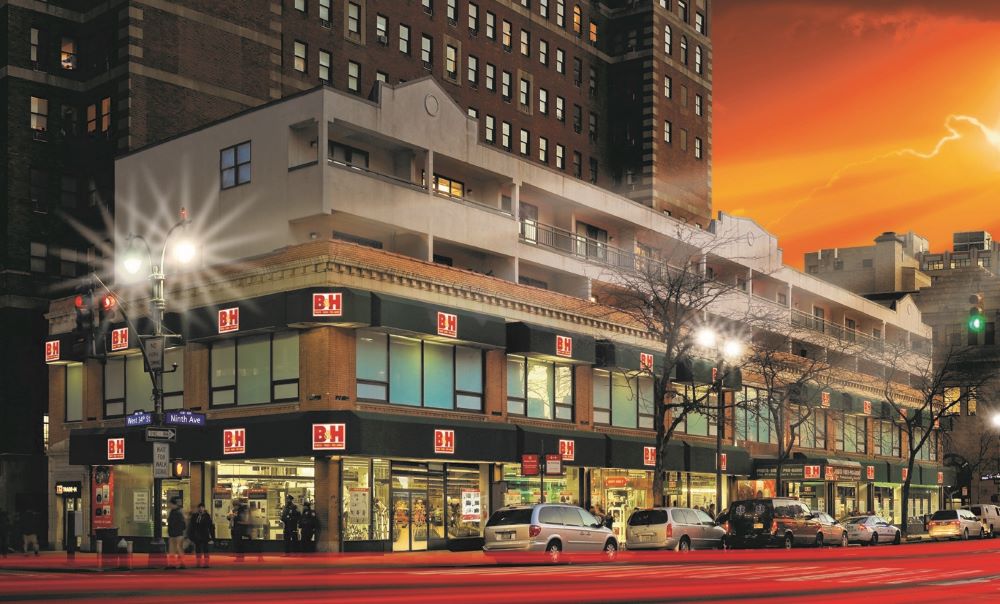 Those who claim New York State’s Attorney General Letitia James has it in for the city’s Jewish community got more ammunition this week, as she announced she has filed suit against the landmark B&H Photo Video Electronics Store in Manhattan.

The allegation: that the store withheld approximately $7.3 million in tax revenue from New York State over 13 years.

Officially, the suit is for violations of New York’s Tax Law, the New York False Claims Act, and New York’s Executive Law. The suit claims that B&H — the nation’s largest non-chain photo and video equipment retailer — knowingly failed to pay sales tax due on tens of millions of dollars it received from electronics manufacturers to reimburse the company for “instant rebate” manufacturer discounts B&H passed along to its customers.

“B&H proudly claims that it puts principles over profits, but for 13 years, the company actually chose profits over principles by defrauding New York taxpayers out of millions of dollars owed to the state,” said James in a release put out by her office. “B&H deliberately chose not to pay the sales tax it knew was due to New York State in order to gain a competitive edge over companies that chose to follow the rules. No company is above the law, which is why my office filed this lawsuit, and will do so against any company that tries to skirt its responsibilities by illegally trying to tilt the playing field.”

The legal action, filed in New York State Supreme Court, concerns B&H’s failure to pay taxes on “instant rebates,” which are point-of-sale discounts the company offers its customers, for which it receives reimbursement from manufacturers, James’ office said. While these arrangements are subject to New York State sales tax, B&H never paid that tax, despite its repeated and explicit acknowledgements — internally, to outside vendors, and externally, to a competitor — that under New York tax law, it owed sales tax on these reimbursements. The lawsuit alleges B&H violated the state’s Tax Law and the New York False Claims Act. Attorney General James is seeking treble damages, penalties, and interest to redress these violations.

A spokesman for B&H Photo, Jeff Gerstel, said the state’s lawsuit was without merit in a statement. “B&H is not a big box store or a faceless chain; we are a New York institution, having operated here for nearly 50 years with a stellar reputation. The tax department has done countless audits and never once – not a single time – mentioned this widespread industry practice. B&H has done nothing wrong and it is outrageous that the AG has decided to attack a New York company that employs thousands of New Yorkers while leaving the national online and retail behemoths unchallenged.”

The Attorney General’s investigation and subsequent lawsuit arose from a qui tam lawsuit filed under seal by a whistleblower. The New York False Claims Act permits whistleblowers who know of information concerning false or fraudulent conduct that victimizes the state through the failure to pay taxes to bring an action on behalf of the government.
The case is being handled by Assistant Attorney General Laura Jereski of the Taxpayer Protection Bureau, with the support of senior legal support analyst Bianca LaVeglia, the release continued. The Taxpayer Protection Bureau is led by Bureau Chief Thomas Teige Carroll and Deputy Bureau Chief Scott Spiegelman, and is a unit of the Economic Justice Division, supervised by Chief Deputy Attorney General Christopher D’Angelo and First Deputy Attorney General Jennifer Levy.